Agnisakshi's lead actor Vijay Suriya is a well-known celebrity in Karnataka. He rose to fame for his role Siddharth in the Kannada daily soap. The actor even made headlines recently when he decided to tie the knot with a family friend, Chaithra S. For the uninitiated, he had taken a break from social media completely somewhere towards the end of 2017. More than a year later, Vijay Suriya has returned to social media, but this time to clear all the confusions.

When Times Of India contacted him to ask what made him get back on the digital platform, the actor responded by saying, "There were too many impostors online. I thought it was best that I return to clear all the confusion." Well, we are sure his presence on the social platform will help him deal with the impostors he's talking about.

He has a huge fan following and also is one of the most followed television personalities on social media sites. The actor is known for his heartthrob image. But, seems like his marriage came across as a shocker to his female fans. He, however, is content with his decision to get married. 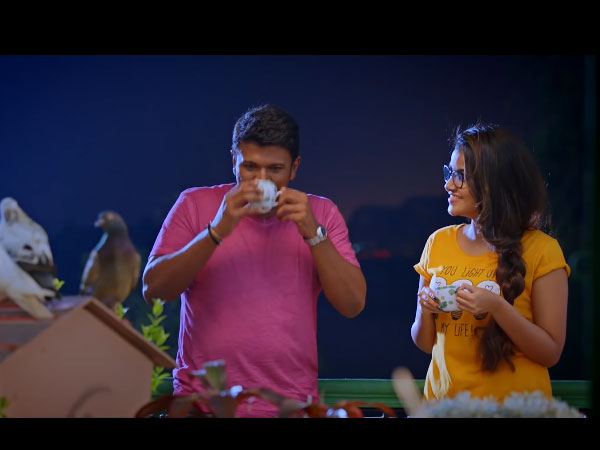 The newly-wed couple Vijay and Chaithra were recently spotted for the first time after the wedding and they looked extremely happy. Suriya introduced his wife to his friends as they made their public appearance.