Television actor Vijay Suriya, who plays is the role of Siddhartha in the Kannada serial Agnisakshi, recently entered a new phase of life when he married his lady love Chaithra S. On the occasion of Valentine's day, he got married to the IT employee in a traditional Hindu wedding. While, his female fans might be heart-broken to learn about his wedding, the actor however is extremely content with his decision. The newly-wed couple Vijay and Chaithra were spotted for the first time after the wedding and they looked extremely happy. Suriya introduced the wife to his friends as they made their public appearance.

However, the actor hadn't revealed that he was going to get married on Valentine's day. Talking about the wedding date, he had previously said, "I'm not great with dates. But my wedding date will ensure that I never forget my wedding anniversary,".

Sharing the story behind their union, Vijay told in an interview, "Our families have known each other for nine years, but I've met Chaithra only once or twice. My mum, though, is extremely fond of her and approached Chaithra's family for her hand in marriage. Then both our families met, the horoscopes were matched and the two of us met. It was an instant connect between both of us,". 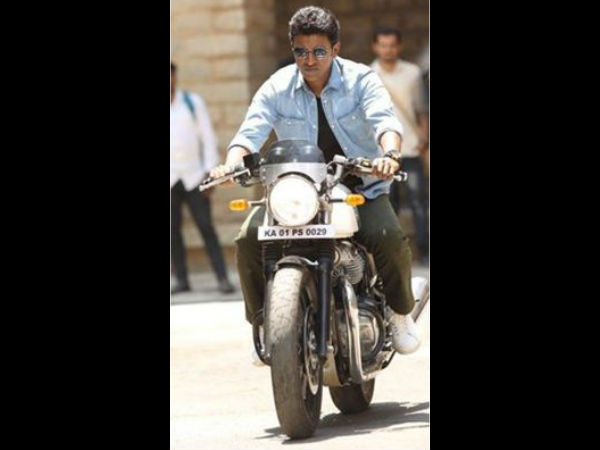 MOST READ : Puneeth Rajkumar's First Look From Yuvaratna REVEALES An Astonishing Detail About The Film!

On the professional Suriya is currently seen on the show Agnisakshi. A while ago, speculations were making rounds that the show would be going off air. But, the makers are yet to make an official announcement.