Sandalwood actress Aindrita Ray turned a year older today (April 16, 2019). This is the first birthday after her marriage with Diganth. The couple, after dating for nearly a decade, got hitched last December in a lavish ceremony, which was graced by friends, family and their pets! Today, the actress decided to celebrate her birthday in the most special way with Diganth. The couple planted a few trees in a college. They made the day memorable by spreading awareness about preservation of the enviroment.

The above picture of the newly-wed doing this good deed is going viral on the internet. Aindrita has always expressed her love for the nature. She also helps animals quench thirst in summer by placing water at her residence. The special day couldn't have gotten any better for Aindrita and Digganth!

Aindrita and Diganth had kept their relationship under the wraps for years. In 2017, the actress confirmed the news of their wedding with a statement which read, "I am very excited and lucky to marry my close friend Diganth. We met on the sets of Manasaare in early 2009 and I instantly felt a connection between us." 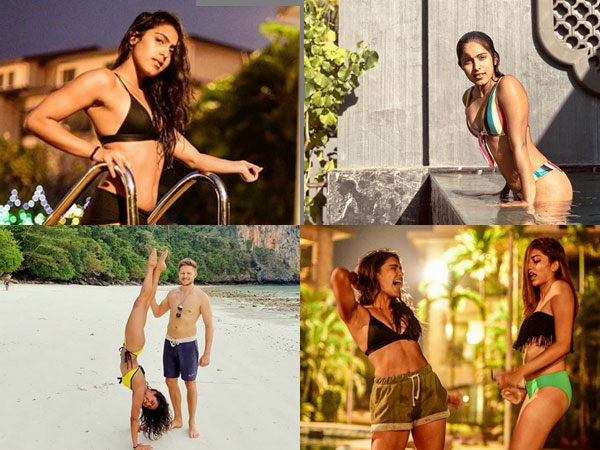 On the professional front, Aindrita has not signed any movie post the wedding. The release of her last movie Garuda is awaited. Though she's rarely seen in Sandalwood in the recent past, the actress is working in Hindi films. She often shares pictures from the sets with her fans on Instagram.