Ever since it was announced that Robert would be Challenging Star Darshan's next film, everybody is curious to know who would be cast opposite him. Several names have been making rounds, including some of the biggest actresses of Southern film industry, such as, Sai Pallavi, Anushka Shetty, Kajal Agarwal and more. Just when fans began to imagine Darshan romancing these divas on-screen, it is now being said that Bollywood beauty Aishwarya Rai would be playing the female lead in Robert. To help his fans achieve more clarity on this, Darshan spoke about acting with the former Miss World. Read further to know what he said.

Is Aishwarya Rai Roped In For Roberrt?

Female Lead Is Yet To Be Finalised

The whole of Robert team is surprised to hear these rumors regarding the former Miss World acting opposite Darshan. Apparently, they had a great laugh about it. However, the female lead for this film is yet to be finalised.

Shooting for Robert commenced yesterday. The team visited a temple in Banashankari to seek divine blessings before they started the shoot. The event was graced by Darshan, director Tarun Sudhir, producer Umapathi and others.

D Boss In A Different Avatar

Talking about the film Darshan said, "It is important to understand that we are making a good film, that focusing on what kind of cinema it is." Lately, he's also seen sporting long beard, which has created a lot of buzz. The fans are eagerly waiting for the first look, which will be out soon. 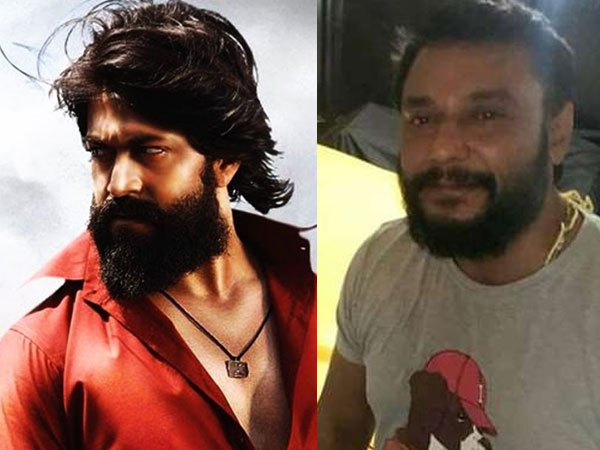