All this while, it was Sumalatha Ambareesh and Chief Minister of Karnataka, Kumaraswamy who were throwing some strong words against each other. As the Lok Sabha elections are nearing, the political scenario in Mandya has gotten strangely interesting. Ambareesh's son Abhishek and HD Kumaraswamy's son Nikhil Kumar's verbal brawl is getting intense by the day. The actor's son during a campaign, taunting Nikhil said, "I wouldn't cry before the mike with towel in the hand."

He further added, "We have so many of you supporting us. Why would I cry?" Meanwhile, Nikhil Kumar has also mocked Abhishek saying, "I won't become Mandya's son-in-law by simply marrying someone who belongs from there." Looks like this is only going to get uglier as the D Day nears. 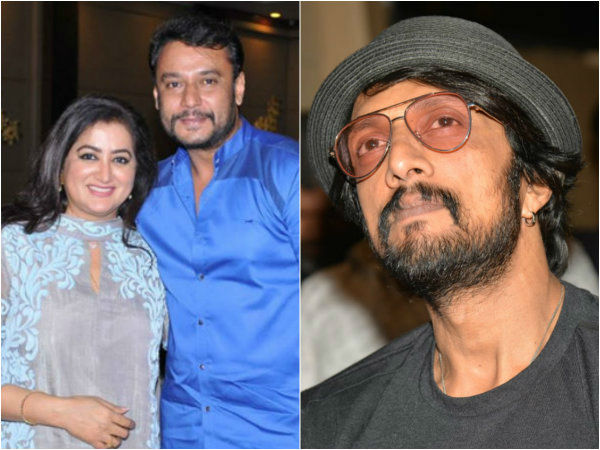 CONFIRMED! Sudeep Will Campaign For Sumalatha Ambareesh On These Days! Are His Fans Upset?

Both Abhishek and Nikhil's fans are surprised to see these two actors go on a rant to gain political power as they were close friends once upon a time. Nikhil's family held a warm relationship with Ambareesh. However, when Sumalatha announced that she would be contesting as an independent candidate from Mandya, the rivalry between these two family began.