Kannada actor Darshan who has been actively involved in the 2019 Lok Sabha elections has been targeted. Today, around 10 am, election officials raided his farmhouse. While talking to the media, the actor himself stated that four officers along with a police constable raided his house. He also revealed that they arrived at his residence suspecting storage of money and other items which are used to buy the voters. Apparently, the officers raided the actor's house based on a tip-off, and they did find a list of things.

When the media asked the actor what are the things they found at his farmhouse, he laughed as he said, "Cattle feed, cow dung, fresh milk was all that was there at my house. That's what the officials found." He further added, "They might have acted based on a tip-off. I have no qualms as they are only doing their duty."

He also spoke about the recent Sandalwood IT raid and said, "I have been a dedicated taxpayer. From GST to other taxes, I pay them all. Therefore, there is nothing against me to worry about Income Tax raid." 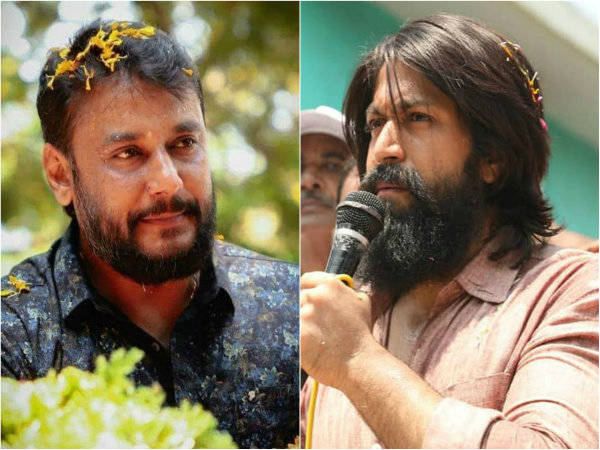 Darshan & Yash Planning On Doing A Movie Together? Mandya Election Has Brought These Stars Together!

Seems like this is just another factor that has added to the existing political drama in Mandya. Despite the recent raid, Darshan continues to campaign for Sumalatha Ambareesh. Along with him seen campaigning is the KGF actor Yash.