Kannada superstar Darshan, before moving to Bengaluru for his film career, spent a major chunk of his formative years in Mysore. The Challenging star completed his schooling in the city of palaces and has many fond memories associated with the city. According to a media report, the actor is gearing up to meet some of his friends from his schooling days. Darshan is all set to host a grand reunion party at a resort on the outskirts of Mysore sometime next month.

A spokesperson from the resort confirmed the news and stated, “A large hall has been booked for the party to be held next month. Since it is a private party, no further details can be divulged. But we are expecting around 70 people to attend the do. We have not received any information regarding the theme of the party.”

A source close to Darshan added, “Only those who studied with him in Teresian School have been invited to this reunion. Darshan loves meeting his school pals and reminiscing about the precious moments spent together. The party is likely to happen on January 18. We are excited to meet him at the party.”

Darshan has had a wonderful 2019 with three back to back hits. His latest release, Odeya is doing exemplary numbers at the box office. Directed by MD Sridhar and produced by Sandesh N, the movie is the official remake of the 2014 Tamil blockbuster Veeram. 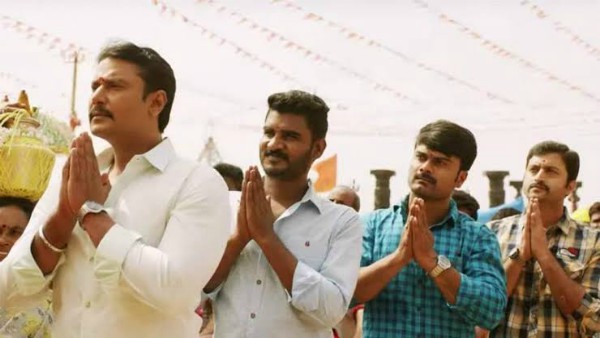