Rumors are making round that Kannada actress Bhanupriya has been charged for torturing a few minor girls. Apparently, her actions were exposed by the mother of these three minor girls. According to Filmibeat Kannada reports, Children's Right activists have visited Bhanupriya's residence in T. Nagar to inquire further on the matter. However, the actress had a contradicting statement when asked about the same. Children's Right Activist Achyuth Rao has written a letter to National Children's Committee asking them to take against Bhanupriya. He has also told that the minor girls may have been subjected to sexual harassment. More details revealed below..

This Is What Bhaupriya Says..

Providing a defensive statement Bhanurpriya has said, "I have never ill-treated my maid". Referring to what the mother of the girls has told the police, the actress said that they are all adults over 18 years.

The Girl Was A Thief

"The girl has stolen some of the most expensive stuff from my house. When asked her to bring all that she's taken, she only returned the I Pad, camera and watch."

She further added, "After stealing stuff at my house, they have now provided a false statement against me. Reportedly, she has even filed a complaint at the police station regarding theft at her house.

She's Not Paid The Girls

Bhanupriya got them saying she would be paying them Rs 10000 per month for their job. However, according to the girls' mother's statement, the actress hasn't paid them in 18 months. The police are further looking into the matter. 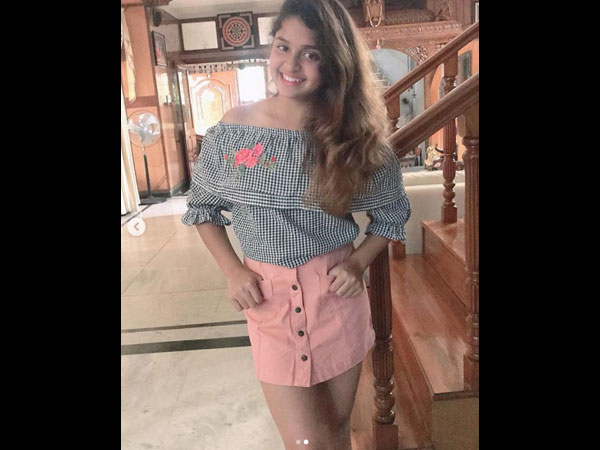 MOST READ : Upendra's Daughter Is All Grown Up; Priyanka Shares UNSEEN PICTURES Of Aishwarya!