Challenging Star Darshan is currently busy campaigning for Sumalatha Ambareesh. The Yajamana actor has apparently taken a break from his shooting schedule for the same. He is staying in Mandya and participating in rallies until the Lok Sabha elections commence, on April 18, 2019. But, a few reports regarding his health condition have been making rounds lately. It was said that the actor was in pain due to the injury from the car accident he was involved in last year and had to seek immediate medical help. However, now it has been confirmed that Darshan in not hospitalised. He's been asked to get some rest for recovery amidst the election activities.

A source close to the actor told First News Kannada that he's not admitted at the Vikram hospital in Bangalore. For the past few days he's been constantly travelling in and around villages in Mandya for campaigning. Some of the fans who are highly enthusiastic to see him have been greeting the actor with handshakes, which has resulted in more strain on his injured hand.

Also, he's suffering from backache due to long hours of standing without breaks. Though he's not hospitalised, the doctors have asked him to get some rest to subside the pain. Well, D Boss' fans needn't have to worry as he's keeping well. 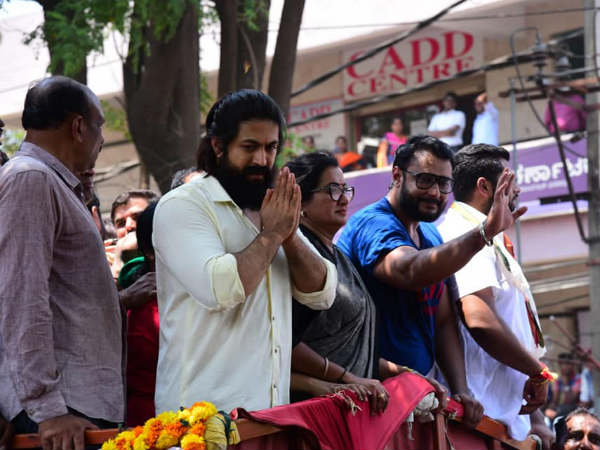 Meanwhile, other Sandalwood celebrities such as Yash, Rockline Venkatesh and others have also come forward to support Sumalatha Ambareesh, who is contesting as an independent candidate from Mandya. According to the latest news reports, Yash and Darshan's wives, Radhika Pandit and Vijaya Lakshmi are also going to take part in the rally on April 16, 2019.