After a couple of days' rest due to hand pain, Darshan is back in the scene. The Yajamana actor along with Yash has been actively involved in campaigning for Sumalatha Ambareesh. But, their involvement in politics has raised eyebrows. Also, there have been several nasty comments exchanged between the contestants and supporters, which has heated up the situation. Amidst all this, D Boss fans requested him to entertain them with a song or a dialogue. The actor who agreed so, however, left the famous Cadbury dialogue from Yajamana unfinished.

When asked why he wouldn't complete his dialogue, Darshan said, "If I say anything more, it'll get controversial." It is now evident that the both parties are using every given opportunity to mock one another. It makes total sense as to why Darshan refrained from completing his dialogue.

Even when Yajamana's trailer released, this particular dialogue created a lot of buzz and fans wondered if it was directed at Sudeep. Such are the words. If he had told the entire dialogue, Kumaraswamy or Nikhil Kumar would have yet again said something unpleasant. 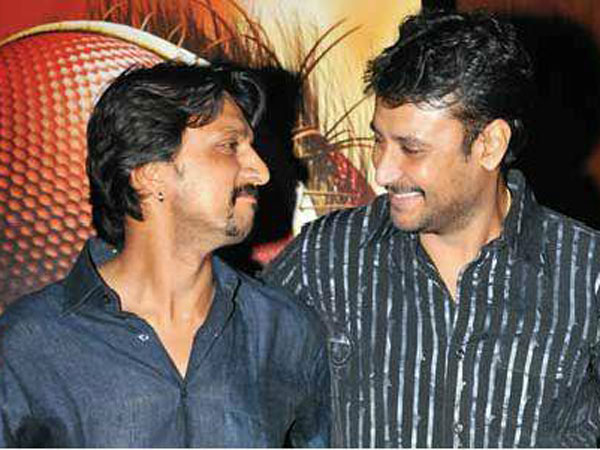 During the same rally, an aged woman asked Darshan to sing a song. To which Darshan responded saying, "Amma, make Sumalatha win. I will sing a duet with you." Previously, Yash visited one of the houses in the village and met an aged lady during the campaigning.