Sandalwood actor Darshan recently attended a college fest in Bangalore. He was invited as a guest at BIT, during which he addressed several issues. While interacting with the students, the actor used the platform to warn the students about following traffic rules and road safety measures. Remembering the accident he was involved in a while ago, D Boss told the youngsters to be drive vehicles carefully and responsibly. At the event, he even spoke about farmer loans and the need for the government to act upon it.

Until recently, we saw Darshan and the Chief Minister of Karnataka, HD Kumaraswamy involved in a verbal brawl as they campaigned for the candidates in Mandya region. Issues concerning farmers was constantly spoken during the canvass. Kumaraswamy time and again questioned Sumalatha and her supporters' intention as he blamed them for looting farmers.

During the fest, Darshan yet again discussed the above issue. He stated, "We are all farmers. But, the soldiers fighting at the border is the only reason we are able to conduct agricultural activities at peace over here. Many have said that they will clear the entire loan taken by farmers."

"There is no need for that. Rather, they should help us receive a better rate for our produce at the market. If this is done, the farmers will be able to clear the loans by themselves, without any help," Darshan further added. 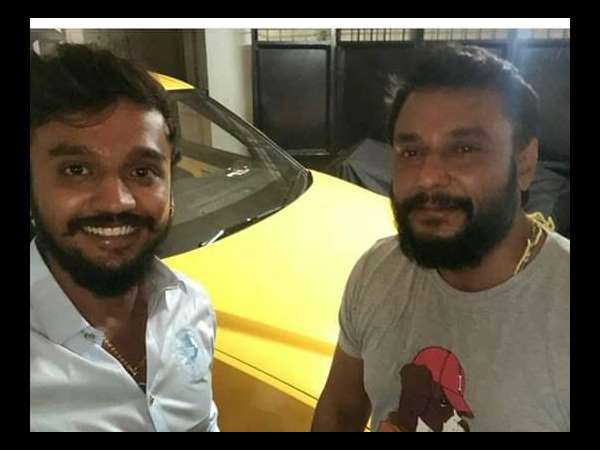 Darshan Has Bought A New Lamborghini Only A Few Weeks After Puneeth Rajkumar! Are They Competing?

The results for the Lok Sabha elections will be declared on May 24, 2019. Darshan had previously said that once the results are out, he will respond to all that Kumaraswamy had said. On the professional end, he had started shooting for his forthcoming film Robert, which is said to be his 50th movie.