2019 Lok Sabha election in Mandya was one of its kind! The contestants faught against each other in the most unexpected ways. They also exchanged numerous number shocking and nasty comments that left the public dumbstruck! If you are thinking that the rivalry between Sumalatha and Nikhil Kumar has ended with the elections, you are wrong. Darshan and Yash might be facing a lot of difficulties if Nikhil Kumar happens to win against Sumalatha Ambareesh. Here are a few possibilities that we are predicting.

For the uninitiated, HD Kumaraswamy along with his on Nikhil Kumar and Sumalatha with the support of Yash and Darshan, mocked one another ever since the campaigning commenced. During this verbal brawl, the two partied even gave away each other's secret. If Sumalatha loses, then Yash and Darshan might never be able to respond to several nasty comments targeted at them.

Previously, Challenging Star Darshan has campaigned for Siddaramaiah, who ended up losing the elections. Kumaraswamy has been saying from the start that Darshan may fetch a lot of fans. But these fans' votes are not guaranteed. Therefore, Sumalatha's loss is a given. If it turns out true, the Darshan might be branded as an unlucky mascot!

Also, Yash and Darshan were highly criticised by the people from the industry for getting involved in politics. While Sumalatha's victory may help these actors shut the critics, Nikhil Kumar's victory can cause a lot of wrath against these actors from Sandalwood. 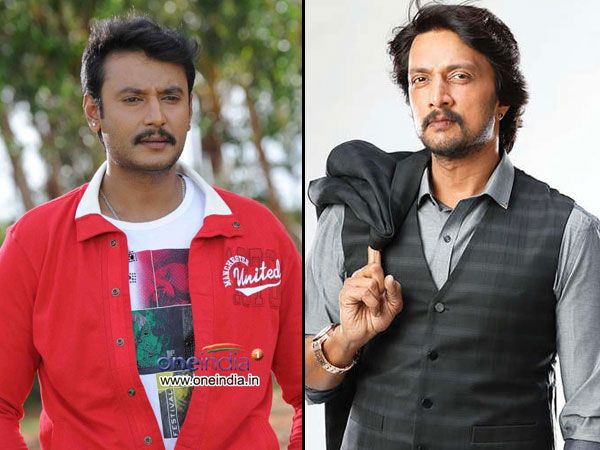 Darshan Was Furious When Sudeep Took A Dig At His Father! Kichha's Clap Boy Comment Ended It All

It's only a matter of time until we get to know the fate of these stars. Kumaraswamy has already stated that producers wouldn't invest in such actors. Therefore, we need to wait and watch how Yash and Darshan are going to react once the results are declared.