Ever since its release, KGF has been a topic of discussion. The makers of this blockbuster are now working on its sequel, KGF Chapter 2. The film has already garnered a lot of attention in the past few months. A few days back, it was officially announced that Sanjay Dutt was roped in to play Adheera. Today, on the occasion of the Bollywood actor's birthday, his first look from KGF Chapter 2 was revealed. And now, we've got our hands on an exclusive picture from Yash's upcoming film. Here's how the KGF Chapter 2 sets look!

In the above picture, a series of black tents have been pitched on the sets of KGF Chapter 2. Previous pictures of the sets showed a large number of vehicles parked in a mining field. Seems like the fans need to connect the dots using these pictures to get an idea about the magnificent sets built for the film.

Apparently, the KGF team has created an imaginary place named Narachi, within the Minerva Mills in Bengaluru. The sets have been created in accordance with the need of the script. Well, this sounds exciting already. We can't wait to see what the sequel has to offer. 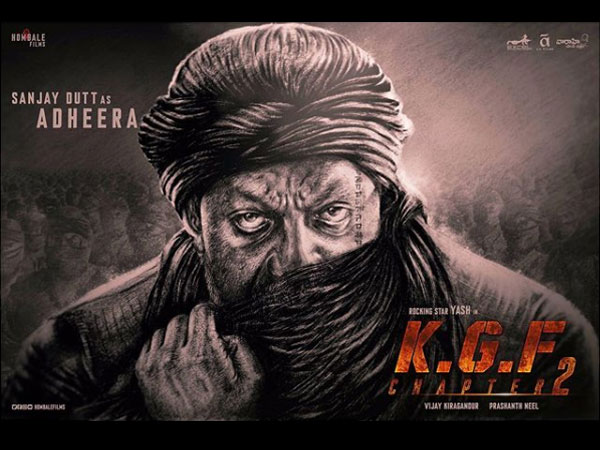 As far as the Rocking Star's look from KGF Chapter 2 is concerned, one of Yash's picture making rounds on the internet gives away details. He looks much rugged in the sequel. The long hairdo and full beard are garnering a lot of attention. The makers have maintained the utmost secrecy surrounding the plot. But, it has been confirmed that Rocky Bhai and Reena's relationship will grow to be something bigger.