Shivrajkumar raced the Silver Screen after a long wait with Kavacha, which released last week. The film opened to a good response and the Century Star's acting in the film has been highly appreciated by both the fans and the critics. Though the makers of the film altered the script and retained the commercial elements, its performance at the box office has been average. Over the weekend, the movie has collected Rs 3.50 crore in Karnataka and over Rs 4 crore worldwide, according to Movie Box Office reports. The total three days collections is reported to be around Rs 10 crore.

The film was made with a budget of around Rs 15 crore. However, Shivrajkumar's fans are happy to watch their favorite hero in an unconventional role, which he said was a challenge to act. We need to wait and watch if this crime thriller can make bettwe profits this week. Meanwhile, here's what the fans have to say about Kavacha:

"Yesterday Shivanna took an amazing catch in the movie #Kavacha even though he is blind .. People in the theatre were like "RCB ge select maadro ivrunna." - (sic)

"When Eyes Smell, Nose See's, Body Talks.. We have #Kavacha.. If a Cinema can be a Orgasm then its #Kavacha.. #Shivanna deserves a Hug raid 😍.. Director n BGM Master are like Jagermeister n Redbull.. Watching it is as must as voting 😍@shivuaDDa" - (sic) 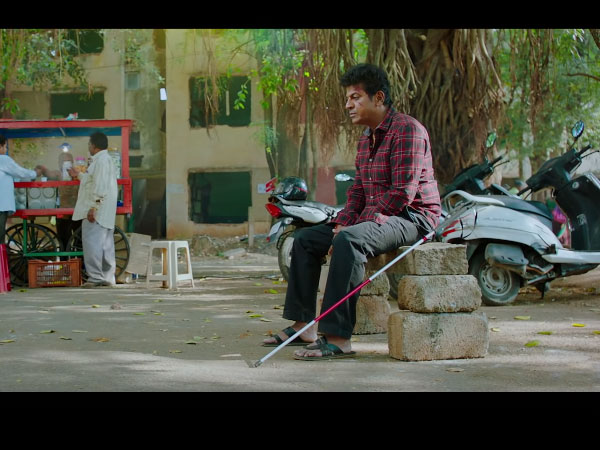 "#Kavacha, totally underwhelming. Except for #Shivanna, where he too flounders certain times, the movie fails to a certain extent to establish that it is a thriller. Forcibly inserted commercial aspects and slow scenes, topped with logical flaws, this makes for a tiring view." - (sic)