Recently, we told you about KGF Chapter 1's total worldwide collection. The film has grossed over Rs 100 crore in Karnataka alone. Following the success of the first part, the makers are currently working on its sequel. The original film turned out to be a blockbuster for a lot of reasons. Amongst all, Yash fans couldn't stop thinking about the complex storyline. Ever since KGF Chapter 2 was announced, everybody is haunted by a series of questions regarding the Yash starrer. Therefore, we decided to bring you a list of questions surrounding the sequel and the possible answers to them!

In the first part of the film, the makers of KGF have hinted that Rocky Bhai will turn out to be the biggest gangster of the nation. The original film had also established that his presence in Mumbai is going to become more evident and his power will be recognised on a larger scale. Everyone's now curious to know if Rocky Bhai's would die or be killed in Chapter 2.

Would He Fulfill His Mother's Wish?

Rocky Bhai's mother took her last breath saying, "I don't know how you're going to live. But, when you die, I want you to be the wealthiest man in the world." These words were deeply imprinted in his head. We wonder if he will be able to die the richest man, keeping up the promise!

Rocky is into his love interest Reena. Though she despises him at the start, she eventually falls for him. Their love story was left unfinished in the first part. The viewers are waiting to know if they end up marrying in the latter part of KGF!

Over the years, Rocky has realised the value of KGF. He who had come into the region to earn a few bucks through murders and other illegal activities is aiming at taking over the entire gold fields. Will he be able to achieve it considering the threat from other gangsters, who are eyeing the same place? We need to wait and watch. 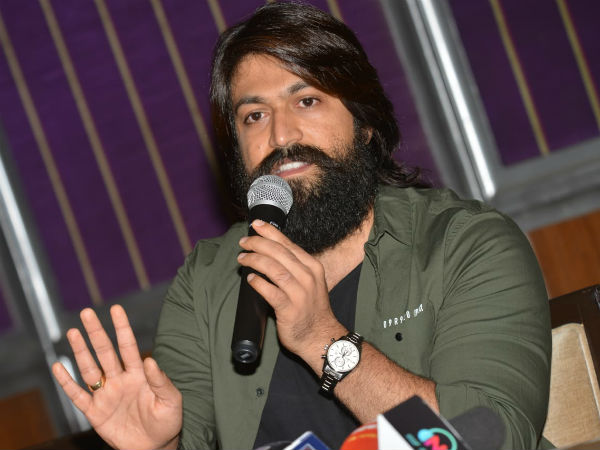 MOST READ : Is Yash's Life At Risk Following The Supari Issue? Comments On Industry People Threatening Him!