KGF Chapter 2 creators are leaving no stone unturned when it comes to making the film extraordinary. A few days ago, they revealed that Bollywood actor Sanjay Dutt has been roped in to play the antagonist Adheera. And now, we have come to know that Vada Chennai actor Saran Shakthi will be featuring in the second instalment of the superhit film. The news has gotten the fans super excited as another actor from a different film industry is all set to entertain them in the Sandalwood film. Will Saran be essaying junior Yash's role? Read the details below.

When news regarding Saran's cast in KGF Chapter 2 broke, speculations about his role began making rounds. Several reports suggested that this young actor would be seen playing Yash's younger version in the film. But, it seems like the reports weren't true.

A while ago, the creative executive producer of Hombale Films, Karthik Gowda tweeted, "He doesnt play Yash jnr role but yes he is a part of KGF chapter 2." - (sic)

Maybe we need to wait a little longer to know more about junior Rocky Bhai. 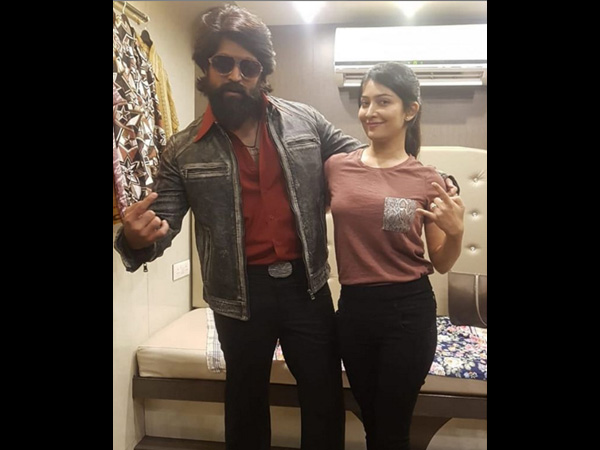 Tamil actor Saran also through an Instagram post confirmed that he has signed a deal with KGF. He wrote, "Salaaam to all the rocky bhai fans out there 😀❤🙌🏼 so so happy to be working in #kgfchapter2 with this super amazing team and especially the super cool friendly director @prashanth_neel sir. Thank you so much for having me ❤🤗." - (sic)