It was clear from KGF Chapter 1 that the makers were planning on introducing new characters in its sequel. However, Adheera was one such character who was already presented before the fans, but his identity was kept a secret. A few days back, Hombale Films officially announced that Bollywood actor Sanjay Dutt would be essaying Adheera's role in KGF Chapter 2. As informed, today on the occasion of the actors' birthday, his first look as the famous antagonist, Adheera, has been revealed. Have a look at the poster below!

Sanjay Dutt looks every bit nerve-racking, with only his eyes on display with the rest of the face covered. From the picture alone, we could tell that none could have donned Adheera's character better than Sanjay Dutt! After all, he has always aced negative roles on-screen.

He is believed to play a pivotal role in KGF Chapter 2. Besides him, speculations are suggesting that Bollywood actress Raveena Tandon has also been approached for the movie. However, the makers have decided to keep all information regarding the character well-guarded, until officially announced from their end.

Meanwhile, fans are eagerly waiting to see how well Yash is donning Rocky Bhai in the sequel. His hairdo and beard from the prequel became a trend among the mass. Going by the hype surrounding the sequel, we might get to witness the KGF fever go viral all over again. 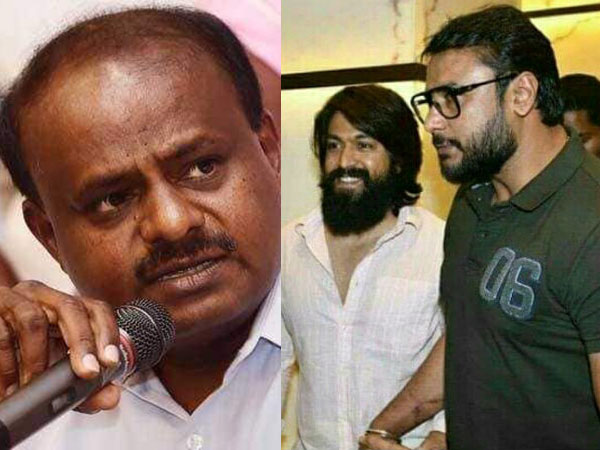 What do you have to say about Sanjay Dutt's look in KGF Chapter 2 as Adheera? Tell us in the comments below!