Lately, Kannada serial fans are getting to watch their favorite actors get married on-screen and in real life too. A while ago, Agnisakshi's lead actor Vijay Surya entered a new phase of life by tying the knot with Chaithra. Later, Neha Patil too got hitched. After Vachana of Kulavadhu, yet another actress from the same show has got engaged. We are talking about Dhanya, who recently got engaged to Kannada actor Akarsh. She took to Instagram to share their first official picture as an engaged couple.

Before she announced the news regarding her engagement, Dhanya shared an adorable picture with her man, introducing him to the world. She captioned the above picture, "The first pic to post with my man with whom I am going to take the seven steps for seven births....❤❤❤❤ @akkuakarsh" - (sic)

Until Dhanya shared the first picture with her fiance, none guessed about these two actors' relationship. For those of you who aren't aware of Akarsh, he is a Kannada actor, who has featured in television shows and films.

Dhanya & Akarsh Are Madly In Love

After letting the world know who her man was, Dhanya shared another post in which she has expressed her unconditional love for Akarsh. She captioned the above picture, "Ur the sun in my day..Wind in my sky...Wave in my ocean...And beat in my heart...@akkuakarsh" - (sic)

As of now, it is only confirmed that Dhanya and Akarsh are engaged. They are yet to reveal more details about their wedding. However, we wouldn't be surprised to hear the wedding bells soon as the duo is madly in love with each other, waiting to embark on a new journey! 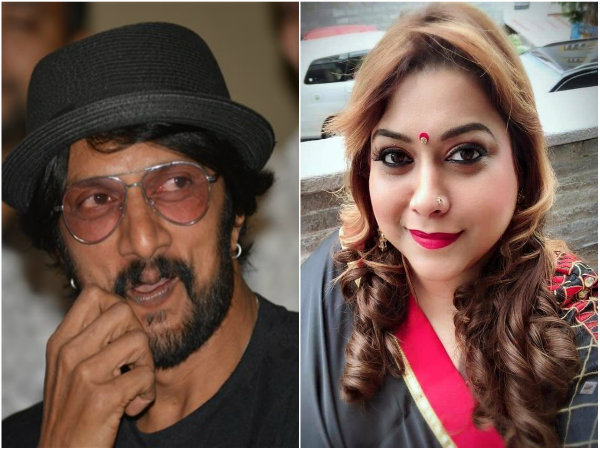 Rakshita Prem Is Extremely Upset With Sudeep For This Reason! Says He Made Her Cry