Today, the Chief Minister of Karnataka has a zillion plans against Sumalatha, as she's contesting opposite his son Nikhil Kumar. But, there was a time he held a close relationship with her and her husband. Yesterday, Kumaraswamy took to his Twitter handle to write about the friendship he shared with the Rebel Star Ambareesh. However, he used the platform to continue attacking his wife. In the tweet, he even said that he's highly disappointed as to how Amabreesh's family has been treating him.

He wrote, "I am very well of all that spoken about me by these great men at the rally yesterday. Mandya citizens are capable of answering them for all the allegations the opposition has made against me. They know how to deal with it." Here, Kumaraswamy was referring to Yash and Darshan as the 'great men' with a hint of mockery.

He further added, "Ambareesh and my friendship is more than three decades old. It extends beyond politics. And, his family is now treating our relationship this way."

"Today, I am standing on the soil of Mandya as I speak. The people of this place are well aware of all the false hopes presented by the opposition. I wouldn't like to say anything more," said the CM. 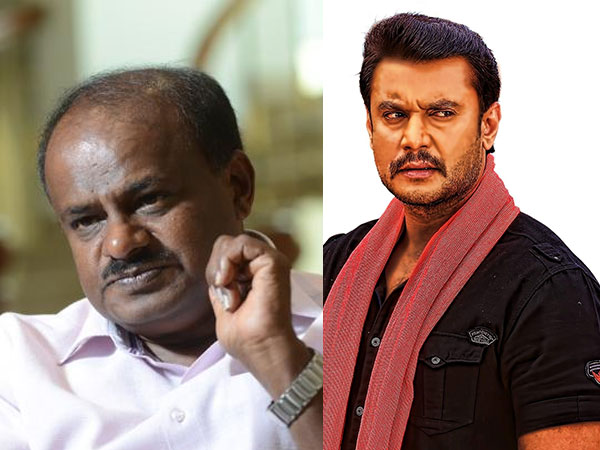 Mandya elections have managed to grab the attention of the entire state. According to experts, the results will determine the fate of the future politics. The elections commence tomorrow and the results will be declared on April 23, 2019.