All we are hearing is about the great war of Mahabharata, ever since Darshan's 50th film hit theatres last Friday. Kurukshetra has definitely surprised everyone with its exceptional run. Though Sandalwood produced many blockbusters after KGF Chapter 1, nothing garnered as much attention as the first 3D mythological film. Only the Kannada and Telugu versions are being screened as of now. Yet, Kurukshetra has managed to attract a gigantic crowd over the first weekend. According to the latest box office reports, the film has collected over Rs 10 crore worldwide on the third day. Read complete report below.

Being one-of-its kind, Kurukshetra is successfully entertaining a variety of audience. Though the makers termed it a ‘New Gen' film, viewers of all age groups are relishing Darshan's latest hit. Reportedly, Kurukshetra has collected over Rs 10 crore worldwide on day 3.

Its stellar ensemble cast is also acting as a crowdpuller. In Karnataka alone, Kurukshetra has made a profit of Rs 6.5 crore on Sunday. It is an impressive number for a Kannada film. Also, majority of the theatres were houseful through the weekend.

According to the YouTube channel Box Office Collection, Kurukshetra is reported to have earned around Rs 48 crore worldwide in the last three days. However, we do not know if these are the exact figures. But the film has surely crossed Rs 20 crore, which was the expected figure for the weekend.

On Its Way To Set Records!

If Kurukshetra continues to perform tremendously at the theatres, the film will be breaking several records set by previous Sandalwood films. Darshan, who has essayed the role of Duryodhan, told Cinema Express, "Such a project can come to fruition only if it is a producer's dream. I would have been the biggest fool if I had rejected a film like Kurukshetra. For this kind of an epic, I will always be the first person to stand up." 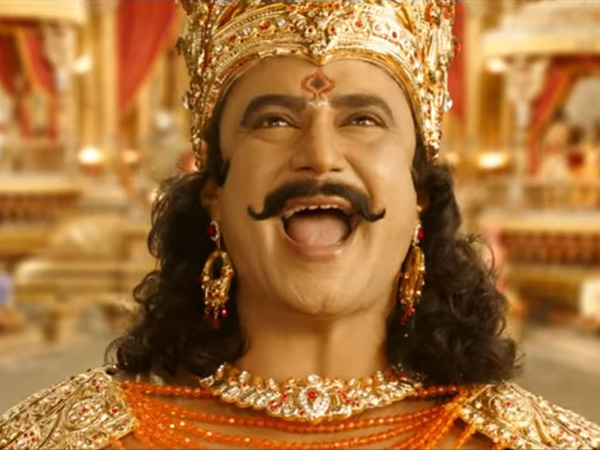