The multi-starrer mythological 3D film is finally out! Not only is Kurukshetra special for its extended star cast and graphics, which is first of its kind in Sandalwood, but it is also the most-awaited film of the Kannada film industry. The makers teased the fans for over two years, until its release today. Muniratna's movie based on the great war of Mahabharata is currently being screened across theatres in India and abroad. The Kannada and Telugu versions are out for now and here's what the fans have to say about Darshan's 50th film on the social media. Read some of the tweets below.

"One Man Army Darshan Thoogudeepa Srinivas anna at his very best and steals the whole show and a perfect one for his 50th mark. Rest of the caste are too good and Arjun Sarja again with his remarkable performance as #Karna🔥.Watching 3D will absolutely be a treat to everyone.War scenes are exceptionally good and BGM throughout the movie haunts🔥 And this epic one should not be missed! Do rush to your nearest theatres. #DBoss #Duryodhana" - (sic)

"#Kurukshetra.No star Director. No huge Promotions.Bad talk about VFX. 3 hours runtime. Still able to got these much midnight shows means.UNIMAGINABLE #DBoss crowd puller for a reason. Everything's after you when it is about craze." - (sic) 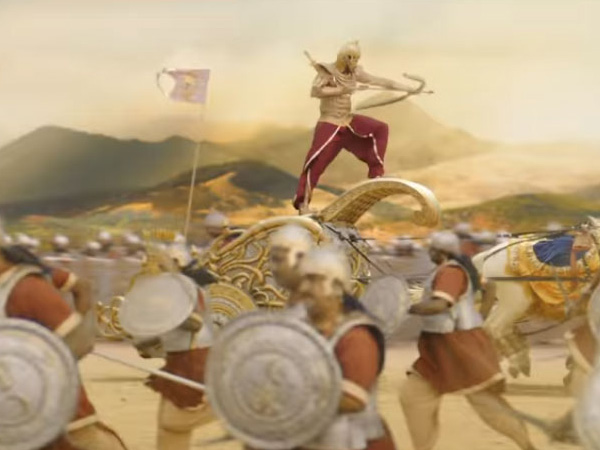