After Seetharama Kalyana, everybody was curious as to which will be director A Harsha's next film. Speculations were making rounds that he would be working with KGF star Yash. It was also said that Yash refused to take up the project, hence he was replaced with Shivrajkumar. However, it is true that Harsha is casting Shivrajkumar in his next film. But, it isn't Rana. Shivarajkumar will be seen playing the lead in My Name Is Anji. Whereas, Yash is still on board for Rana. Fans needn't have to worry any more, as the director himself has confirmed the news.

The news regarding Shivrajkumar starring in My Name Is Anji, was announced on the occasion of Shivaratri. Previously once, while promoting his earlier film Vajrakaya, the Hatrick Hero had mentioned this film. Since the makers hadn't made it official, it was rumored that there has been a little confusion regarding the cast.

It is a third film that is being made in collaboration of A Harsha and Shivrajkumar. This dynamic duo first came together for Bhajarangi and then was seen working together in Vajrakaya. While the former was a superhit, Vajrakaya failed to impress fans. Since Harsha and Shivanna have already proved their talent through Bhajarangi, we are waiting to see them showcase their magic in My Name Is Anji, too. 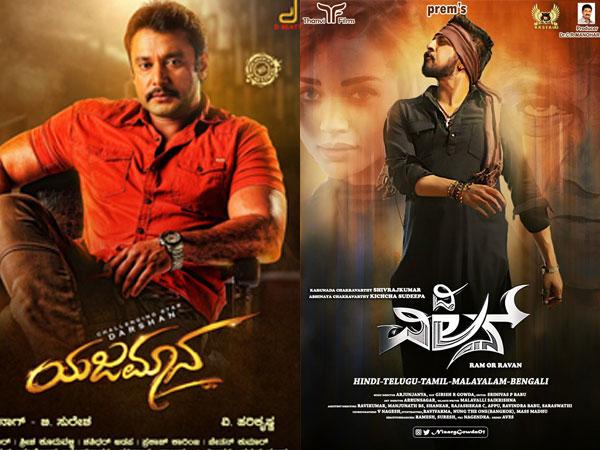 MOST READ : Villain Beats Yajamana At The Weekend Box Office; Here's Why Sudeep's Film Is Better Than Darshan's!

Regarding Yash acting in Rana, Harsha told in an interview, "We have already registered Rana's title. Yash will be acting in the film and there will be no changes. What has been told in the media about another actor playing the role are only rumors. It's absolutely true that Yash would be playing the lead in Rana."