Recently, Sandalwood director Prem had accompanied Sudeep to Mumbai as the actor began shooting for the Bollywood film Dabangg 3. He shared several pictures from the sets of the film, in which he was snapped with the Bollywood actor Salman Khan, who is playing the lead in the film. While talking to First News Kannada, Prem revealed the conversation he had with this superstar. Apparently he was all praise for an A-list Kannada actor and guess what, it isn't Sudeep.

Salman Khan spoke about Prem's blockbuster film Jogi, which released in 2005. He spoke about the immense buzz the film had created back in time and praised Shivrajkumar's acting in it. Besides that, Prem and Salman spoke about other aspects of their professional life. 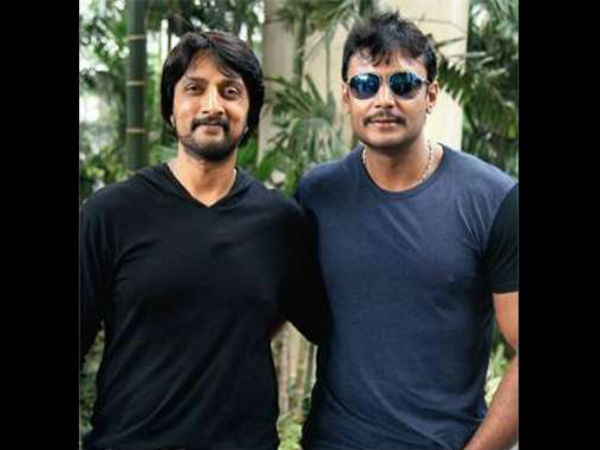 Robert's Producer Reveals That Sudeep Told Him To Do A Film With Darshan! Here's Why He Said So

According to the reports, Sudeep is playing a negative role in Dabangg 3 and it's a prominent one. He started shooting for the film after wrapping up his biggest Kannada project of the year, Pailwaan. The sports-centric film is said to hit theatres in August. It is also being said that Pailwaan's release might clash with Darshan's Kurukshetra. We need to wait and watch if the two stars will grace the silver screen on the same day.