After welcoming their first child in December last year, KGF actor Yash and wife Radhika Pandit are expecting another addition to their family. This star couple has always planned pleasant surprises for their fans, when they've had to make a special announcement. Similarly, they are making their second pregnancy as exciting for fans with their social media posts.

Radhika's latest picture is all that fans are talking about. Looking every bit beautiful, the actress has thanked her fans for their compliments.

First, she asked her fans about their whereabouts, by writing, "Hello Heggidira yellru!! 😁", And then, thanked fans through another caption saying, "Thank you all for your lovely compliments 😊 naanu and Ayra ibru chenagidivi!!" - (sic)

It wasn't only her followers that showered her post with comments, but even Yash reacted with a heart emoticon. And, a few fans wondered what her caption implied.

And a few congratulated her on her latest release Adi Lakshmi Purana, which has received good reviews. 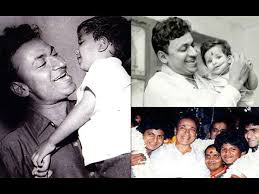 Puneeth Reveals He Has Never Had Identity Crisis, Though People Taunted Him For Being Rajkumar's Son

Though Yash and Radhika made their second pregnancy public, they've kept other details hidden. So, we couldn't tell by when we'll get to see their second baby.