Ramya is infamously known as the controversy queen of Sandalwood! She has created quite a stir in both film industry and politics. Besides wearing her attitude on her sleeve, the actress never shied away from making bold statements that often shocked everyone. A few years ago, she made headlines when she chose to quit a film despite starting the shoot. We are talking about the time when Ramya opted out of the Kannada film Neer Dose. While several rumors around this were circulated on the internet, the actress herself issued a statement in an interview saying she opted out of the film cause of her relationship with Jaggesh! She said she wasn't comfortable acting opposite him.\

In a program called Straight Hit With Suguna, Ramya revealed that she opted out of Neer Dose because she wasn't comfortable acting opposite Jaggesh. The actress said, she held a close relationship with Jaggesh in real life and wasn't comfortable 'putting hand around him' even if for a scene.

'A Part Of Me Withdrew'

This decision of Ramya's was highly criticised by the production team of the film and fans because the shooting had already commenced. However, Ramya said that she felt she wouldn't able to justice to the character and a part of her withdrew. It was for the first time she opened up about her relationship with Jaggesh.

She Was Initially Excited

However, director of Nee Dose Vijaya Prasad said that she was taken aback by her decision as she was well aware of the script and had even received an advance of Rs 15 lakhs. Post the controversy, he told in an interview, "Even when I first described the one line story and some sequences of the film, Ramya was quite excited."

The director further added, "I had paid Rs. 15 lacs as advance and was to have paid another Rs. 5 lacs to get an agreement signed by her. We were agreeable to pay her the remuneration of Rs. 48 lacs she had demanded. But now we are being told through her twitter note that she has opted out of the film. I did not accept such an attitude from a reputed actress like Ramya."

While the actress simply said she quit because she couldn't do justice to the character, some sources revealed that she was worried the character in the film would affect her political career as she was donning a prostitute's role.

Well, now we know what exactly made Ramya walk out of Neer Dose! 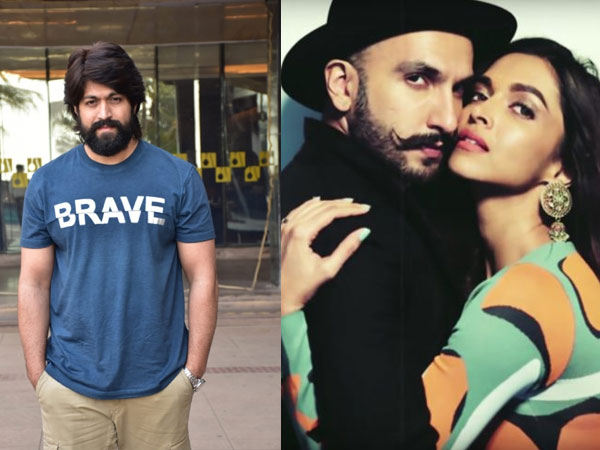 KGF's Yash Says He NEVER Liked Ranveer Singh! But Wants To Act With Deepika For This Reason