Kodava beauty Rashmika Mandanna is one of the most eligible bachelorettes in the film industry. Her personal life highly interests her fans, who are eager to learn who she's linked up with. However, the actress has maintained a clean slate and seldom entertained non-professional questions or comments. During her recent interview with a channel regarding her upcoming film Dear Comrade, Rashmika Mandanna revealed that she just wouldn't accept her future partner's smoking habits. But, she wouldn't mind him consuming alcohol.

It only got more interesting when she went on to say that her future life-partner should be a total romantic. Rashmika said, "He should be a sucker for romance." While she established that quite clearly, the actress also added that she doesn't have any issue with age difference.

The Dear Comrade actress was previously engaged to Kannada actor-director Rakshit Shetty. During their courtship, Rashmika had revealed that Rakshit is not a romantic and what we see on-screen is drastically opposite to his real self.

But, that wasn't the reason for their relationship to fall apart. While some sources suggest that Rakshit wasn't convinced with her choice of career, there were also rumors saying the families had issues among themselves. 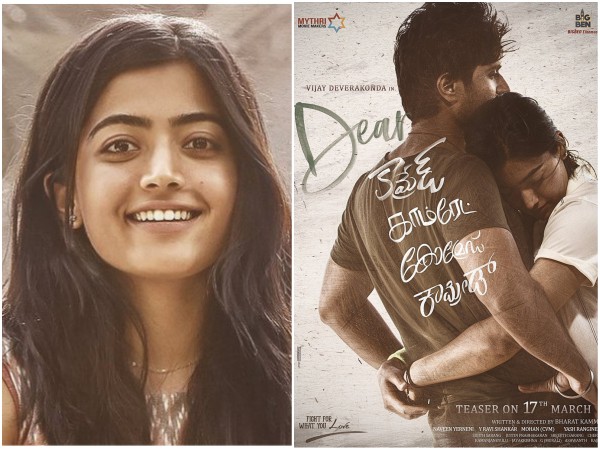 Who do you think from the industry would make a quintessential partner for Rashmika Mandanna? Let us know in the comments below!