The Yajamana actress Rashmika Mandanna has yet again done something that has left her fans surprised. Yesterday, she took to her Twitter handle to share a rather interesting tweet with her fans. She wrote, "Announcement happening at 6pm today..✨ eager to know what it is? IL give you a hint.. 'Single Forever' ok that's all..😋 the rest in less than 3 hours..ok bye!🐒🙈 Keep guessing!" - (sic) Upon reading this, fans showered comments under the post as it seemed like Rashmika had just made a big revelation on her relationship status.

At 6 pm, she shared another tweet: "Here we go- Ladies and gentleman. Boys and girls- and the Children of all ages-'Single forever' says the BHEESHMA boys..😂 @actor_nithiin 'sir'😋 @VenkyKudumula 'sir'😈 Naga Vamsi sir 😁Sithara Entertainment's♥️ so cant wait to start shooting for the film.. fast..fast.." - (sic) 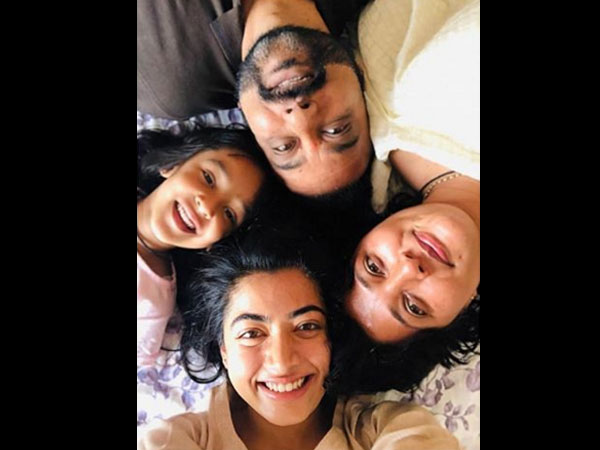 It's indeed good news as one of the most desired actresses has landed another role, which comes across as fun and exciting. Meanwhile, Rashmika has also been in the news for the sensual lip lock scene in her forthcoming Telugu film Dear Comrade. Fans have gone berserk after watching the teaser of this film, which stars this Kodava beauty and Devarakonda in the lead. She was last seen opposite Darshan in the latest Kannada film Yajamana.