A while ago, one of the much-awaited films of Kannada film industry, Kavacha released. While this film continues to perform fairly well at the theatres, the Hatrick Hero is creating immense buzz due to his next big movie. Today, Rustum trailer launched on YouTube. Fans who were highly impressed with Shivrajkmuar's cop look in the film, took to Twitter to praise this actor. It has received over 3 lakh views in twelve hours. Shivanna's fans for long were waiting to watch him in a mass movie and now, their dream has come true. Here's how Twitterati has reviewed Rustum trailer.

"#RustumTrailer: Shivanna looks dashing in an officer role. The subject seems to be old school but it is too early to decide. It is a neatly cut trailer. and couple of dialogues suits shivanna's mannerism. Take a look" - (sic)

"#RustumTrailer Shivanna in mass commerical is always a treat for audience as well as trade., Goodluck @stuntravivarma for your debute, Seems sureshot👍" - (sic)

"Karunada Chakravarthy DR.SRK Fan's Club K.R.Pura..I'm out of words 👏The trailer is outstanding✌️ #Shivanna is stunning as always💪 Can't wait for the movie #RUSTUM" Great work @stuntravivarma sir, the fights look wow and wish you great success for your directorial debut👌 #jayannacombimes" - (sic)

"Shivanna 2 weeks before entertained all of us as a blind person in a role named ‘Jairama' n nw he is back as a cop. This is complete contrast n his energy level 🙏🏻 no wonder we all call u CHIRA YUVAKA 😎. Eagerly waiting for the rls of #RUSTUM @shivuaDDa" - (sic) 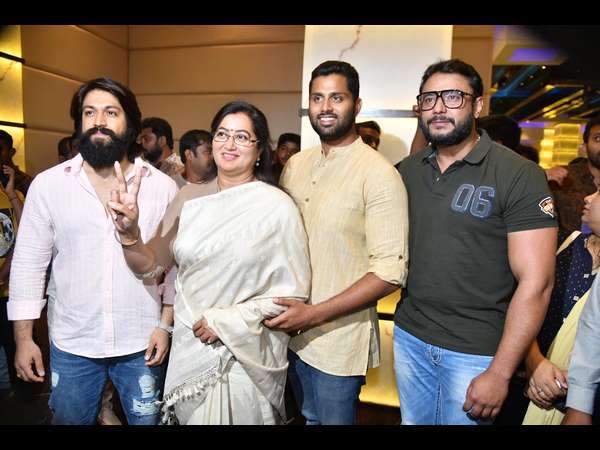 Sumalatha Compared With Jayalalitha! Yash: 'None Would Have Had Guts To Speak In Ambi's Presence'