Seems like the Mungaru Male actress just can't stay away from controversies. She has yet again got herself involved in a case that's going viral. According to Filmibeat reports, Pooja Gandhi has escaped from a luxurious hotel without paying the bill. Reportedly, she was staying at Hotel Ashok in Bangalore and decided to leave after the bill amounted to a huge sum. A police complaint has been filed against her by the hoteliers at the High Ground station.

According to Filmibeat Kannada reports, Pooja Gandhi was called to the police station following the NCR, which was filed on March 11, 2019. The actress' hotel stay bill has come up to a whopping Rs 4.5 lakhs! Upon being questioned, she paid Rs 2 lakhs and has asked for more time to clear the rest of the bill.

Looks like the actress is going through a bit of financial crisis. She hasn't appeared in any film after Dhandupalya 3. She was also involved in politics for a while when she contested in Raichur elections. However, she has stayed aloof from the media for a while now. 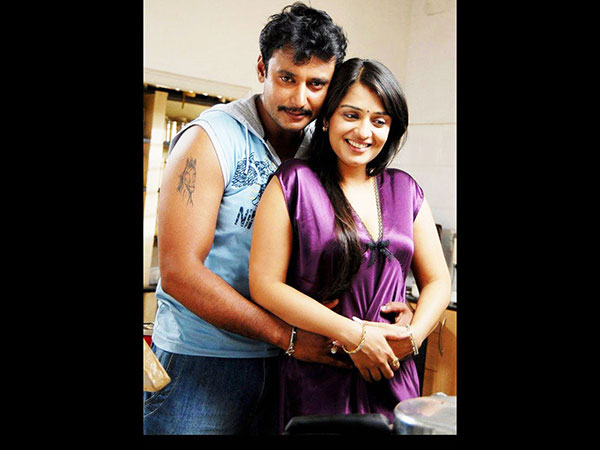 MOST READ : When Nikita Thukral Spoke About Her Alleged Affair With Darshan; 'I Stopped Interacting With Him'

When Filimibeat Kannada team tried contacting her, they couldn't reach the actress. We need to wait and see what she has to say about these reports.