In 2006, Yograj Bhat made headlines when his film Mungaru Male released. The film was an instant hit among the fans and one just couldn't get over the craze. With the success of the movie, lead actors Ganesh and Pooja Gandhi became one of the most famous on-screen couples. Till date, it is one of the highest grossing films of Sandalwood. But not everyone was happy with all the attention the film was garnering. As shocking as it sounds, in an old interview, Kannada actor Sudeep had mocked Mungaru Male's success. He was even furious with the idea of drawing comparison between Ganesh and Darshan. Read below to know what Sudeep exactly said.

While talking to Suvarna in an interview, Sudeep said that people should stop treating Mungaru Male like it's something great and that many more films like Mungaru Male will be made. He also seemed agitated when he was asked about the new comers' movies performing better than his.

On Comparing Ganesh With Darshan

Back then Sudeep and Darshan were close friends. When the interviewer spoke about Ganesh being compared with Darshan, an angry Sudeep reacted saying, "Darshan has established himself as a successful actor over the years. He has rose to fame only after witnessing several successful movies. You should stop comparing 3.5-foot Ganesh with 6-foot tall Darshan."

Credit Goes To The Entire Team

He further added, "Each and everyone who has worked behind making Mungaru Male needs to receive the credit. It isn't just one person who did all the work. So you need stop giving so much importance to Ganesh alone."

I Am Defending Anyone

However, Sudeep added in the end that he's not defending anyone. He said there are many more years to go and the only the ones that last till end count. 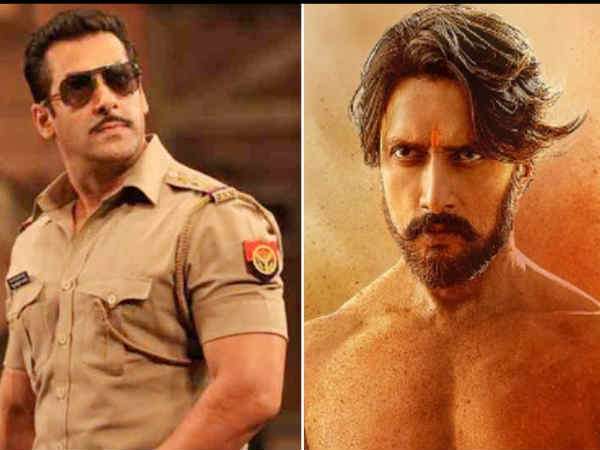 Not Salman, But This Big Star Chose Sudeep For Dabangg 3; Kichha To Start Shooting Soon!