As the 2019 Lok Sabha elections are only a few days away, the contestants are leaving no stone unturned with respect accusing the opposition. The ongoing going fight between Sumalatha supporters and that of Nikhil Kumar has become the talk of the town. Recently, Shivarame Gowda yet again attacked Sumalatha by comparing her with the ex Chief Minister of Tamil Nadu, Jayalalitha and saying that Ambareesh's wife is more pretentious. Yash defended her saying none would have had the guts to point a finger at Sumalatha or talk about her if Ambareesh was alive.

He said, "If only Ambareesh was alive, none would have had the guts to point at her if Ambareesh was alive. Just because he isn't here with us anymore, they have been saying all this. The Mandya citizens will teach them a lesson for all their misbehavior and pride."

"One shouldn't talk about women. They have women at their home too. And, before they talk about other women, they need to think about their mothers and sisters. She's contesting from the place her husband was in power in once. I don't see anything wrong in that."

Darshan also responded to these taunts. The Yajamana actor said, "We will refrain from commenting no matter what they say." 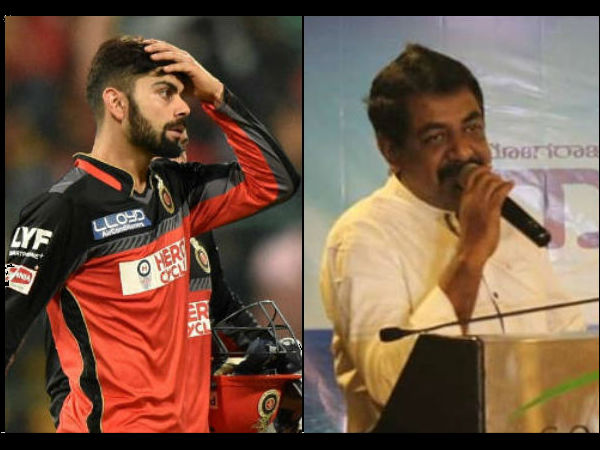 Yograj Bhat Defends RCB! Ahead Of The World, Film Director Tells Fans To Not Criticize Them

It isn't the first time JDS has attacked Sumalatha. Previously too, their nasty comments directed towards the actress caused a lot of controversy. Yash and Darshan who initially refrained from reacting to the opposition's allegations and mockery. However, they've been now responding quitter aggressively.