A few days ago, the Chief Minister of Karnataka, HD Kumaraswamy targeted the Sandalwood actors Yash and Darshan for supporting Sumalatha Ambareesh. He made a few allegations against the trio. He went on to call them thieves who are looting farmers. And a while ago, his son and actor Nikhil Kumar also mocked Yash by saying that he hasn't paid his house rent. However, Yash has now responded to this statement of Nikhil's and it is hilarious! Sumalatha also addressed the on-going tiff and said that Nikhil Kumar has too much pride.

Sumalatha's exact words were, "He shouldn't have used those words against Yash. He's also a known actor in the industry. He (Nikhil) has acted in two films. Whereas, Yash is a senior actor who has gained the respect. The amount of disrespect he's displayed shows he's full of pride, and that's not good."

Meanwhile, Yash responded, "We have used our hard-earned money for the welfare of the people of North Karnataka. No government came forward when we did something good. And that's why it was not easy for us to pay the house rent. However, I wish we don't end up in a similar state in future." 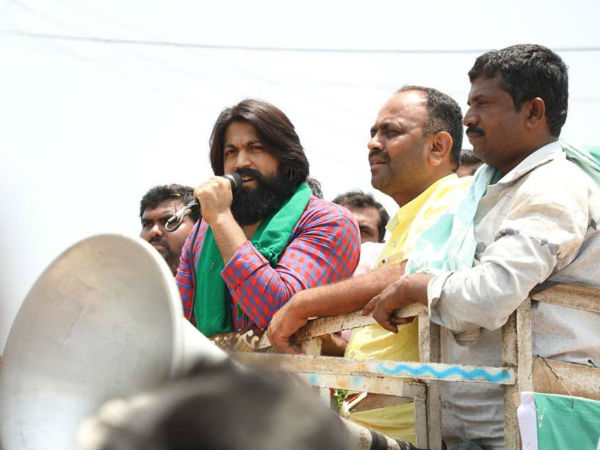 Yash Says JDS' Comment On Sumalatha Is A Disgrace To All Women; 'The Ones That Lack Common Sense'

Seems like there's no end to this chain of reactions. Now that Sumalatha and Yash have responded to Nikhil's taunts, it wouldn't be long until another we find a response from the opposite end. Watch the space for latest updates on the Mandya elections and other related topics.