Tanya Hope is a new face in Sandalwood, but she's already giving competition to the most experienced actresses. When Darshan's Yajamana released, fans couldn't stop talking about Tanya, who plays a prominent role in the film. She is currently busy with her next film Udgharsha. In a recent interview with Times Of India, the actress revealed that Udgarsha was a film that taught her how to do her job in the toughest of situations. The film is directed by Sunil Kumar Desai.

Talking about her experience of working in Udgharsha, she said, "The film taught me to grit my teeth and just do my job, no matter how, without any complaints. Director Sunil Kumar Desai made me like that; he made me resilient. Udgharsha is high on action, and there was one scene in which I had to jump off a tree, swing on a vine and kick someone on the back. I took half a day to can that shot because it was extremely difficult."

"I remember that I used to return home from the shoot all bruised and battered, and felt that I couldn't get up the next day. But I had to put my body through that to make my character look genuine onscreen," she further added. She also went on to describe her character in the film. Tanya said, "Karishma is someone who minds her own business, but gets caught in the web of a murder. I play someone who helps Thakur Anoop Singh's character, Aditya, through the whole film to solve the murder."

When asked how it was working with Sunil Kumar Desai, Tanya explained, "It was challenging working with him, because he really knows what he wants and he won't accept anything else. He is very hardworking; from morning till the end of the shoot he doesn't sit down, forgets to eat and drink water." 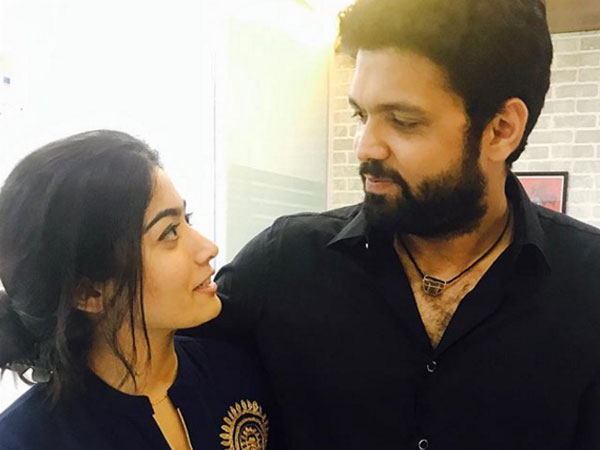 MOST READ : When Rashmika Spoke About Relationship With Rakshit Shetty; 'Never Had A Romantic Thing Going On'

"When I wasn't able to swing from the vine properly, he got ready to climb the tree to show me how. We had to somehow convince him to not do that. That's how passionate he is. He is the reason I signed the movie," she concluded.