Yajamana's trailer was launched on February 10, 2019. As expected, D Boss' new film has created immense buzz among the mass. Within 55 minutes of its release, the first teaser video garnered 1 million views, breaking the record previously set by KGF's trailer. Besides grabbing a lot of attention for impressive views, the Challenging Star's words seem to have had a huge impact on the viewers. Two dialogues from the film have gone viral over night! Netizens quickly began circulating trolls and memes around these dialogues, which appear atthe start and end of the trailer. What makes us wonder is if Darshan has targeted this Sandalwood actor with his viral dialogues.

As soon the trailer begins, Darshan is heard saying, "Holding my head high in the sky, with my sweat dripping to the Earth... Built with ideals and integrity...This is my own brand! The sound is always loud "

"Hey Cadburys! Tusker's trail becomes the path. I am coming! If you have guts, stop me." Yajamana's actor is seen saying this at the end of the trailer.

What's He Referring To?

We all know that the relationship between Darshan and Sudeep is rocky. Until recently, Kiccha Sudeep was seen addressing the alleged issue between the two of them. However, Darshan who had refrained from commenting seems to have responded through these dialogues.

Is He Targeting Kichha?

For the uninitiated, rumors were making rounds that Sudeep took credit for Darshan's success in the film indutry, which ticked the latter off. And then Darshan unfollowed Sudeep on Twitter. In the first dialogue that has broke the internet, Darshan specifically says that he has created his own brand with his effort, ideals and integrity. Is he targeting Kiccha with these words?

Darshan, even in his previous films had used the phrase 'Hey Cadburys'. However, none knows why exactly the term is used. In the second viral dialogue he says, 'If you have guts, stop me'. These words come across as really strong and we can't help but wonder if there was a hidden agenda behind their usage. 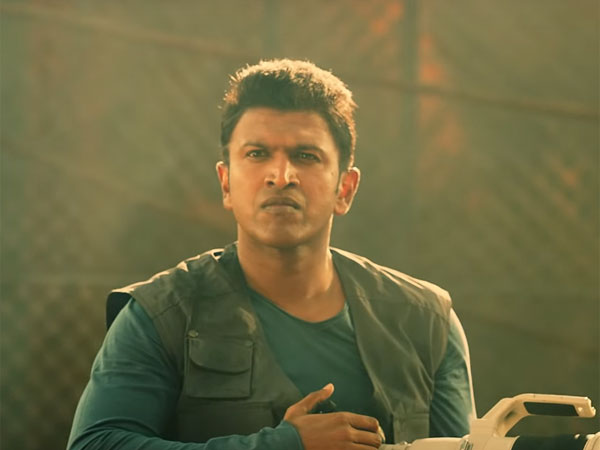