Upendra and Priyanka make for an adorable couple. Both of them being actors by profession, are highly adored in Sandalwood their professional and personal life. The duo got married in 2003 and have two children; a son and a daughter. Yesterday, Priyanka took to her Instagram handle to share unseen pictures of hers and Upendra's daughter Aishwarya. You wouldn't believe how grown she is! A few months ago Priyanka Upendra had confirmed that Aishwarya would be making her debut with the film Howrah Bridge. Here are some of the most recent and rare pictures of Upendra and Priyanka's daughter you ought to see!

'Life Gave Me The Gift Of You!'

Sharing the above picture Priyanka wrote, "I did not give you the gift of life, life gave me the gift of You! Love watching you grow into the strong, beautiful and intelligent girl you were meant to be! Loveyou baby❤️" - (sic)

Upendra's daughter Aishwarya Upendra will next be seen in a film. She will be playing a role in the movie, Howrah Bridge, which will feature her mother as the protagonist.

What Is Her Role?

While it is confirmed that Aishwarya Upendra will be acting in Howrah Bridge, not much is known about her role in the film, which is still under production. But we do know that she will be given a responsible role to essay.

'Both Of Them Are Quite Sensitive'

Talking about her children's nature, Priyanka had told in an interview, "Upendra and I don't want to pressurize our children. We want to ensure they choose their own paths. Both of them are quite sensitive and refused to watch films where we get hurt or injured. They take it personally."

"I'm hoping that working alongside me will ensure they understand what goes in and help them understand better." 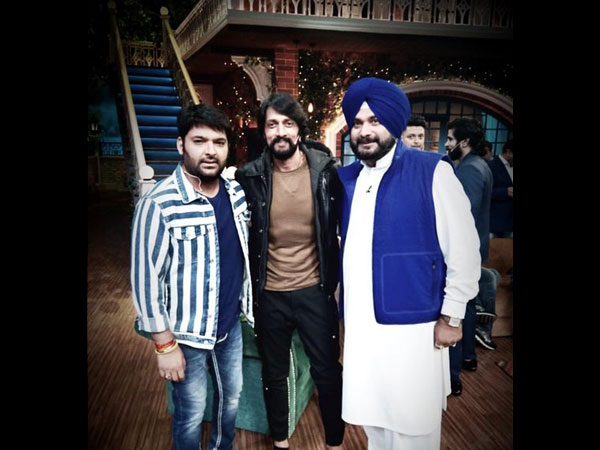 MOST READ : PICS! Kiccha Sudeep Graces The Kapil Sharma Show Ahead Of Pailwaan; Thanks The Comedy King