Radhika Pandit and Yash are happily married with a baby daughter. From the start of their relationship till today, this star couple has proved to the world that romance and fun can co-exist. They are often seen going on trips together and enjoying little celebrations of life. On the professional front too, they have always had each other's back. Here's one such picture of YR that's making rounds on the internet. Radhika Pandit and Yash are seen goofing around on the sets of KGF and you just can't miss seeing it!

A while ago, Moggina Manasu actress shared the above picture on her Instagram handle. Under it she wrote, "Throwback to this pic.. where Rocky decided to goof around..Have a great weekend all!! #radhikapandit #nimmaRP"

Yash is seen in Rocky Bhai's attire. From the picture, one can tell that Radhika and Yash do know how to enjoy each other's company no matter where they are at. Now that Yash is filming for KGF Chapter 2, Radhika makes sure she visits the sets and encourages her beloved husband. 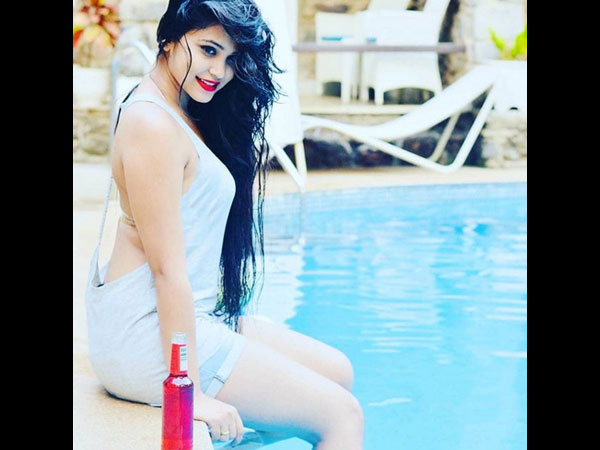 These Sensual Pictures Of Kamali Actress Amulya Gowda Will Leave You Stunned! MUST SEE

A few days back, Yash's look from the sequel was leaked. The picture went viral within a short span of time and fans couldn't contain their excitement. Around the same time, a few pictures from the sets were out too. The shooting is expected to conclude by September this year.