Only a few days into the shooting, and KGF Chapter 2 has already created a lot of buzz. A few days ago, pictures from the sets of the film were making rounds on the internet. Around the same time, another pictured leaked, which revealed Yash's look in the sequel. And now, Yash himself has made a major revelation about his character Rocky Bhai. In an interview, he has said that he's waiting to unleash the monster in KGF Chapter 2. Considering the impact Rocky Bhai has had on the mass, we can't wait to know what he has to offer in the sequel.

The shoot for this film is expected to wrap up by September, 2019. If everything goes according to the plan, the movie will hit theatres in 2020. The original film went on gross over Rs 200 crore at the box office. Since Yash has stated that KGF 2 will be bigger and better, we can expect the sequel to make a better profit. 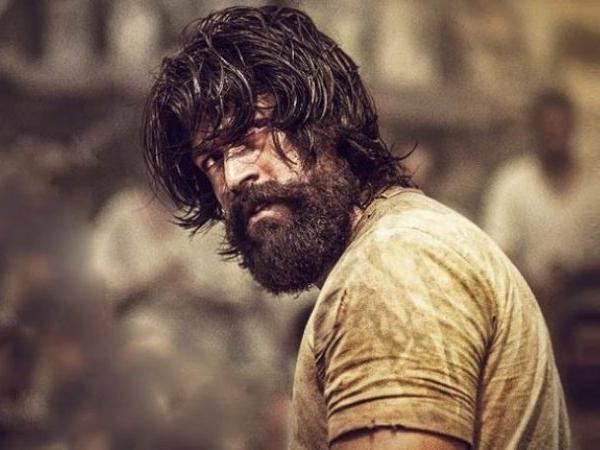 PM Of India Capturing Rocky To His Death, Here's What Is Being Predicted About KGF Chapter 2!

Meanwhile, the makers are introducing several new characters in the second part. Previously, during one of his visits to Mumbai, Yash had confirmed that Sanjay Dutt has been approached to play a pivotal role. Reports are suggesting that Bollywood beauty Raveena Tandon would be a part of KGF Chapter 2. Apparently, she would be playing the Prime Minister of the India, Ramika Sen.