The political scenario in Mandya is only getting interesting by the day. The ongoing fight between the contestants and supporters has grabbed a lot of attention, which was uncalled for. Biggest of personalities such as, the Chief Minister of Karnataka and top Sandalwood actors have gotten themselves involved in this tiff. For the uninitiated, Kumaraswamy has been taunting Kannada actors Darshan and Yash for supporting Sumalatha. Recently, he yet again mocked the KGF star. But, Yash has taken everyone aback with his shocking response to the CM's mockery! Also, it seems like he's taking a dig at his son Nikhil Kumar. Read further for deets!

Without taking anyone's name, HD Kumaraswamy said, "Let them work a little hard. Each day they rest under the shade of the umbrella during film's shoot. Now, they've moved out to feel some heat. They need to walk around villages and understand our farmers' difficulties."

The KGF actor fired back at the CM saying, "He's the Chief Minister. Six and half crore people have chosen him to be in that position. So when such a person speaks, the words convey hundreds of meanings. He didn't point at us. Everyone's misinterpreted it. If you notice carefully, you'll know who he is talking about."

"We Have Played Enough Under The Sun"

"I was born in a government hospital. I grew up playing under the sun and worked my way hard to be who I am today. I have made my own living. So working under the sun is not new to me," said Yash.

Taking a dig at Nikhil Kumar, Yash further added, "The CM was talking about his own candidate. If you notice carefully, you'll realise, who have lived in luxury all their lives and now have come out. His candidate is from the film industry too. You have simply been misinterpreting what he has said." 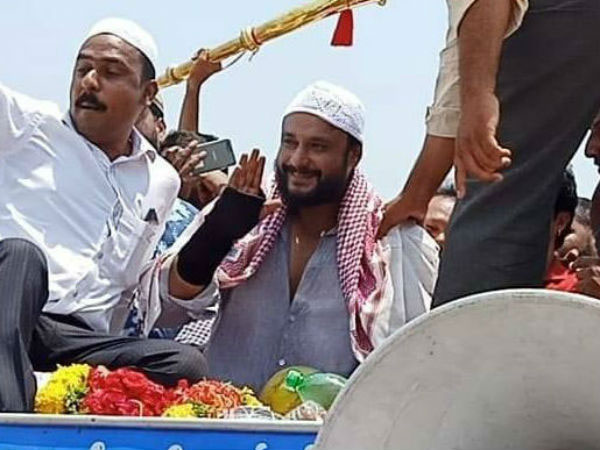 Darshan Fires Back At Politician Who Called Him & Sumalatha Outcast; 'I Belong To All Religions