Yash is currently the hot topic of Sandalwood. Both his personal and professional lives are discussed a lot in the media. Besides being the hero on-screen, Yash has also involved himself in many relevant social issues. He is known to wear his heart on sleeve and extending help to the ones in need. Yesterday, he took a short break from KGF Chapter 2 shoot, only to fulfil his superhit film Mr. and Mrs. Ramachari director's wish. This picture of Yash has gone viral.

Mr. and Mrs. Ramachari is one of Yash's all time-hits. The film was directed by Santhosh Anandram and Anil worked as an associate director in it. The latter bought a new car recently and wanted Yash to be the first one to drive it. Despite his schedule, the KGF actor made time to meet Anil in Mysore and fulfil the director's wish.

This gesture of Yash is garnering a lot of attention. The picture of him driving Anil's new car is making rounds on the internet and fans can't stop adoring this humble actor. Yash along with with wife Radhika Pandit has started an organisation to supply water to drought-stricken regions of Karnataka. 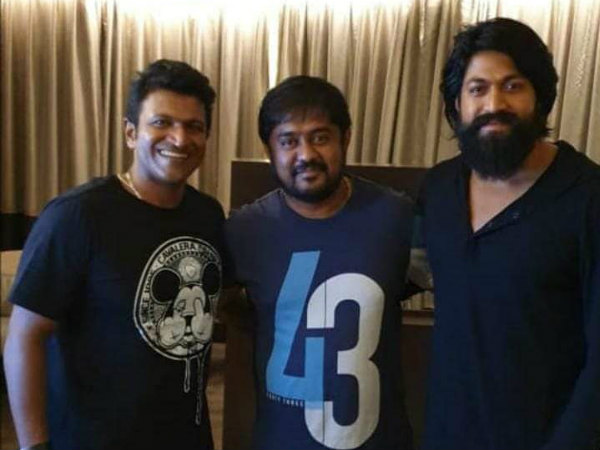 Yash & Puneeth Rajkumar Snapped Together! Here's Why These Stars Came Together

Besides shooting for his next, Yash is also making time for some fun and recreation. Recently, he met up with Puneeth Rajkumar in Mysore, who was also there filming for Yuvaratna. The two stars who are also close friends, caught up over a chat.