Day 96 on Bigg Boss Kannada 7 witnesses the culmination of the weekly luxury budget task Yudhha Kanda. Captain Shine Shetty announces that Vasuki Vaibhav’s team have won the task by gaining six medals. The winning team along with the captain receive 2000 luxury budget points. But the highlight of the day was a surprise visit of eliminated contestant Chandana Ananthakrishna.

In the afternoon, when the housemates were seen chilling near the pool area, they hear a singing voice. Everyone starts looking around the house when Chandana enters the house from the confession room. All the housemates are excited and hug her. Chandana is seen joking that she will be staying in the house till the finale and will be cooking food for the housemates.

Later, she asks everyone to be seated in the living area. Chandana announces that she has come to the house to share some exclusive news. The actress reveals that she will be hosting Colors Kannada’s upcoming singing reality show named Haadu Karnataka. All the housemates are seen congratulating her. She then asks Vasuki to compose the title song for the series.

A surprised Vasuki obliges to her humble request starts working on the composition. Chandan Achar is seen helping him while Chandan is seen filling him on the concept and other details of the show. Vasuki is also is brainstorming with his friend and current captain of the house, Shine Shetty.

Later in the evening, he presents his creation in from of the housemates. The catchy number is appreciated by all the contestants. As soon as Vasuki completes his assigned work, Bigg Boss announces that Chandana has to exit the house from the main door. All the housemates are seen wishing her all the best for her new venture. They take a group selfie with Chandana and bid her farewell. 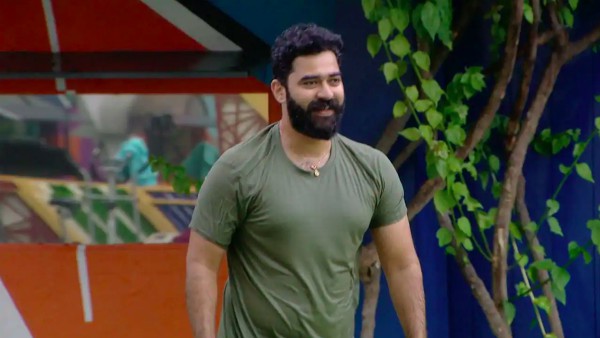