Kuri Prathap was one of the most loved and entertaining contestants to be a part of Bigg Boss Kannada 7. The comedian eventually ended up being the first runner-up of the Sudeep hosted show. In a recent interview with TOI, the funny man spoke at length about his experience in the glasshouse.

Kuri said, “I participated in Bigg Boss Kannada this season because of the confidence my father, Sundresh, instilled in me. In fact, he wanted me to win the show, but I ended up being the runner-up. All credit goes to the fans who voted for me and allowed me to make it to the finale.”

He went on to add, “Once I decided to be a part of the show, I told myself that no matter what, I should not tarnish my image because of something I say or do in the house. I am already a known name as a comedian, so, it was important that I don’t get involved in any controversy. I had made up mind not to pick fights with anyone in the house. In fact, Swetha Chengappa, who was with me on Majaa Talkies, told me to just be myself on the show, which helped me go a long way. Of course, there were moments when I lost my temper in the heat of the moment during the tasks. On the whole, though, I am very happy with what I have achieved from the show.”

On being quizzed about his show best friend Priyanka Shivanna, Prathap replied, “Priyanka is a nice girl. I first met her in the house. We used to spend most of the time together. She used to give her food to me, as the ration we got was not enough for all of us. Also, she was the most straight-forward contestant, who would say whatever she felt openly.” (sic)

He finally concluded by stating that he will be resuming work soon and complete his portions in the upcoming movies Yuvarathnaa, Bhajarangi 2, Mysore Sandal and Pogaru respectively. 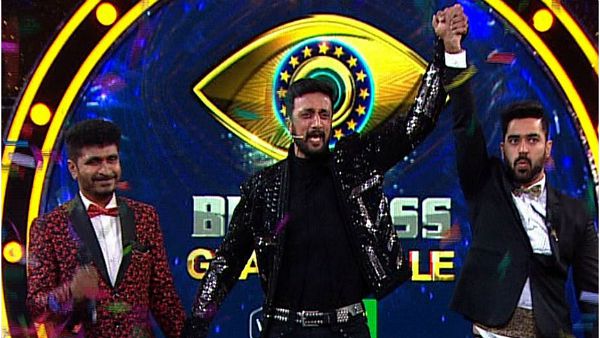