Kuri Prathap received a beautiful surprise on day 92 on Bigg Boss Kannada Season 7. Post the captaincy task, the main door of the house opens and Kuri’s wife and daughter enter the glasshouse. An ecstatic Kuri is seen introducing his family to the housemates. He is then informed by his wife that their son Vipul couldn’t make it to the show.

The family heads towards the bedroom area for some alone time. Wife Sarita is seen enquiring about Kuri’s wellbeing and says that for the last three weeks, he’s been looking rather sad in the glasshouse. Prathap reassures his wife that he is doing well whilst asking about his parent’s health.

Soon, he receives another surprise when his son Vipul enters the house from the storeroom. All the housemates are seen showering their love and affection on Kuri’s kids. His wife gets home-cooked chicken for the contestants. She is also seen praising Chandan Achar for his straight forward nature and honest game.

Bigg Boss then assigns the ballon balancing task to Bhoomi Shetty in order to win some extra time for Prathap to spend with his family. Nesha and Vipul gift their daddy a hand-written note and another gift. Kuri is also seen teasing his wife for having put on weight. After sometime, Bigg Boss announces that the trio must exit the house.

Sarita hugs and kisses her husband. She advises him to stay strong and play well. The housemates take a selfie with the guests before their exit. Later, Kuri Prathap is seen sobbing silently in the bedroom while going through the gifts made by his kids. 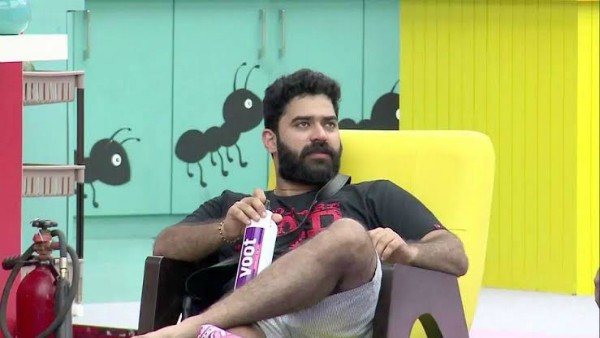