Day 95 on Bigg Boss Kannada Season 7 turned out to be the sweetest one for contestant Vasuki Vaibhav. The day begins with Vasuki’s mother paying a surprise visit to the glasshouse. An overwhelmed Vasuki hugs his mom showers her with kisses. She is then seen greeting the housemates and later moves towards the bedroom to spend some time with her son.

Vasuki’s mother fills in him on family members' wellbeing and asks him not to worry as everyone’s doing fine. She says he is playing really well and advises him to stay strong and win the game.

In the meantime, the housemates are given a task to extend guest Vasuki’s family time in the house. The contestant who is picked from a chit in a fishbowl will have to balance two balloons while making sure they do not hit the ground. Harish Raj receives the task and tries her best to win some extra time for Vasuki to spend with his mother.

Vasuki’s mother advises him to get a haircut and trim his beard. She also asks him to oil his own hair and take part in the dance with his fellow housemates in the morning. She is also seen checking up on the leg injury he incurred during the task a few weeks back. On the other hand, Vasuki is seen wishing his mother a happy birthday whilst continuing to shower hugs and kisses on her.

Later, Vasuki’s mother wishes all the housemates all the very best for the game. Soon Bigg Boss announces that she will have to exit the house from the main door. The housemates seek her blessings and take a group selfie and bid her goodbye. 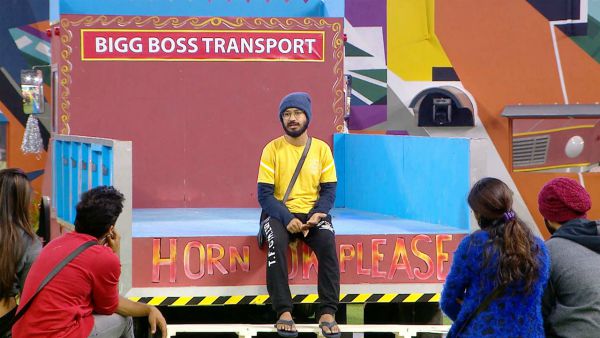