Sonal Monteiro, after establishing herself in Sandalwood, is now looking forward to making her Punjabi film debut opposite popular actor-singer Gurudas Maan. In a recent interview with Cinema Express, the actress revealed that she is currently spending her days learning Punjabi words and watching Punjabi films in order to get a hold on the language.

Sonal said, “I have always mentioned in my interviews that as an actor, I don’t want to get settled in one language, and want to venture into as many languages as possible. Now I can take this fame to Punjab, where I can get a little more experience and learn a new language. The makers of the Punjabi film plan to go on floors in December.”

The actress who transitioned from Tulu to Kannada films will soon be coming down to Bangalore to sign on the dotted line for her Punjabi debut. The aforementioned project will be presented by Ishmit Singh Academy and Simar Films. The yet-untitled period drama will also have Rajveer Singh and Avjinder Grewal in the cast.

On being quizzed about how she spent her lockdown in her hometown Mangalore, the 25-year-old revealed, “I have been playing police-robber, cards, badminton, lagori - almost all the games that I played in school. This time has helped me spend a lot of time with my family and I got to meet my friends. We are making a lot of noise together,”

On the home turf, the actor has a song sequence left to shoot for the upcoming Sandalwood biggie, Roberrt. The Darshan starrer highly-anticipated action entertainer will feature Sonal in a pivotal role. She will also be seen in Talwar Pete in the lead role alongside Vasishta Simha. 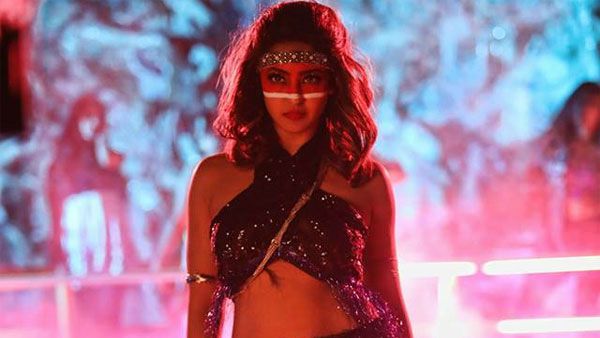 ALSO READ: Ashika Ranganath Opens Up About Raambo 2: 'It Gave Me Recognition And Popularity’