Vivy Kathiresan’s horror thriller film Mane Number 13 premiered today (November 26) on Amazon Prime Video in Kannada and Tamil. The movie stars Ramana, Sanjeev, Praveen Prem, Varsha Bollamma, Aishwarya Gowda and Chetan Gandharva in the lead roles, and has been produced by Krishna Chaitanya’s Sri Swarnalatha Productions. The horrifying drama narrates the story of five best friends stuck in a house named Mane Number 13 and their struggle to get out of it, amidst facing paranormal activities and supernatural powers.

Filmibeat spoke exclusively with the cast members Ramana, Varsha Bollamma and Aishwarya Gowda. The trio opened up about the film, its story, and their shooting experience among other things. Here are the excerpts!

Can you elaborate a little bit about your characters in the film and what exactly is the story of the film?

Varsha: We are five friends who work for an IT firm and things go haywire. The story takes place in one night in a house. I will not say that this is a crazy horror movie which we haven’t seen before, but the treatment and the screenplay and the way its shot is different. Each character has a different role to play. Each and every person has been given different characteristics that you will know in the movie.

How was the shooting experience and did anyone of you know each other prior to the filming or did you happen to meet on sets?

Ramana: We didn’t know each other much but I knew Sanjeev who is another character in the movie, I knew him as he is from Chennai and we used to meet a couple of times in the gym. Otherwise, Varsha, Aishwarya and Praveen, I met them for photoshoots just before filming. All of us are from four different states from South India.

But the one brilliant thing is like each one actually excelled in their roles and everybody did justice to their characters. Like myself, I totally got into the role and Varsha was like amazing, she was known even before for her performances. And again, everybody owned their characters as we were all facing the same problems in the house. So, we don’t really know whether it’s a psychopath killer or its some ghost. We don’t know what’s happening or maybe the culprit is among the five of us. So, that’s the kind of situation we are in that house number 13.

Did anyone of you have any language barriers on set or you all know Kannada?

Aishwarya: I am bad in Tamil so I don’t know the language much and Praveen, Ramana and Sanjeev, they don’t know Kannada. It was very challenging for us but Varsha knew both the languages. So that we wouldn’t face any problem while shooting, we were given the scripts before the shoot would occur so it was a very easy task. Like I by-hearted the language, I mean the dialogues and then delivered them. But my Tamil was sounding funny and people used to laugh and it was the same case with Ramana and others, when it came to Kannada.

See, it’s not like we don’t know the language, but we are not using the language. So, to grab the slang and to get the words, it’s obviously a difficult task. But yeah, it was fun.

Ramana: No actually Aishwarya had a lot of fun because she was the only one who didn’t know Tamil but all three of us didn’t know Kannada. Hence every time we spoke something we would laugh while the take is going on also. All of us are like talking some slang, but she would have had more fun.

How has the response been so far for the film’s teaser and trailer?

Aishwarya: I saw the trailer and it was very impressive. I uploaded it on my social media and started receiving many comments saying that its very interesting and can’t wait for it, when is it releasing and so on. It was the same with family and friends.

Varsha: It’s all been really nice as of now. I think I recently realized when Aishwarya told me that there was this horror movie trend but there hasn’t been a proper horror movie that’s released in a while. So, I think a lot of people are really excited for it. And by looking at the comments section, you get to know that they are actually waiting for it. It’s a family outing without actually going out.

Ramana: Yeah like Varsha said, you know by the trailer and the reviews that I got, it looks very promising horror-thriller kind of a movie. Especially with the kind of cinematography, and the DOP of the film has done a great job. Just like the trailer, the movie from the first scene to the last scene, is going to be an edge of the seat affair.

What message would you like to give the audience? What can they expect from the movie?

Ramana: I think kids would love this movie. I think they love to watch these kinds of scary movies and thrillers with parents whilst sitting at home especially after dinner. I have seen people watching horror stuff from all languages more so during the lockdown. This you know is the USP where kids and families would like to watch it. And that’s precisely Amazon Prime Video’s target. I think it should really work at this time. 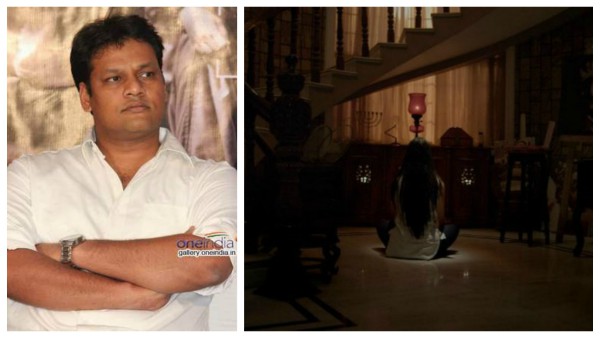