The makers of Puneeth Rajkumar’s highly anticipated next Yuvarathnaa has released the first look poster on social media. The intriguing poster has raised a lot of Curiosity Amongst Fans. The actor is seen holding a skeleton on his back with the silhouette of a dinosaur in the backdrop. The tagline of the movie, 'Power of Youth’ has also been highlighted in the poster.

The Power Star of Sandalwood will be collaborating with director Santosh Ananddram for the movie post the massive success of Rajakumaraa. The movie produced by Hombale Films will also mark actress Sayyeshaa’s debut in the Kannada film industry as the female lead opposite Puneeth.

It also stars Prakash Raj and Radikaa Sarathkumar in important roles along with Dhananjay who be seen as the main antagonist. The music for Yuvarathnaa has been composed by S Thaman. Jnaanesh B Matad will be editing the film while the cinematography is helmed by Anguraj. The family entertainer is touted to release in April 2020.

Besides Yuvarathnaa, Puneeth is producing Maya Bazaar under his home banner PRK Productions. The actor will be seen making a cameo appearance in the movie and will be also feature in a special song sequence choreographed by Harsha A. The movie stars Raj B Shetty in the lead role alongside Prakash Raj and Vashista Simha in pivotal roles.

On the work front, Puneeth Rajkumar is currently busy shooting for his upcoming mass entertainer James. The film is by director Chethan Kumar and produced by Kishore Pathikonda. 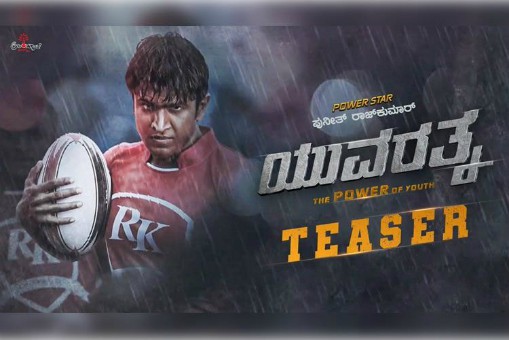 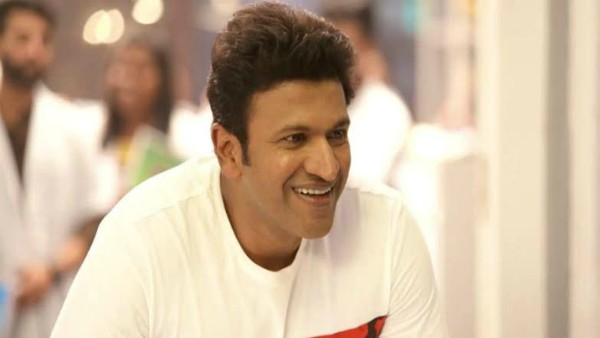 ALSO READ: Puneeth Rajkumar Lends His Voice For A Song In 'Ramarjuna'