Rachita Ram has been roped in for a women-centric film to be directed by debutant Vijay S Gowda. The movie titled Lilly is a psychological mystery thriller that is being jointly produced by Nagaraj and Subramani under their respective banners.

Vijay told TNIE, “She (Rachita) felt that the subject, which throws light on the social issues related to the young generation and the topics of child negligence and the effect of technology on kids, has never been attempted before.”

He went on to add, “We are working on the schedule and plan to shoot it at one stretch. Dates are being worked out.” The story will revolve around Rachita Ram’s character who will be portraying an NRI psychologist. The actress is said to be excited to venture into women-oriented content-space and will commence work on the film post lockdown.

For the uninitiated, Rachita Ram is one of the busiest actresses in Sandalwood. She has a number of projects in her kitty at the moment including 100, Ek Love Ya, Daali, April, and Veeram to name a few. The Bulbul star also joined the cast of V Ravichandran’s Ravi Bopanna and will also be seen in a Telugu movie titled Super Machi. 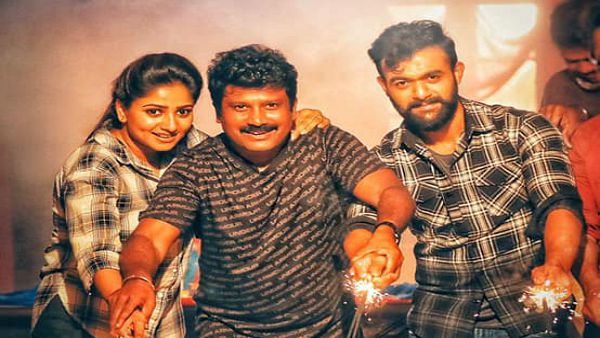 ALSO READ: Ek Love Ya Director Prem On Shooting Amid COVID-19 Crisis: 'Going Abroad For Songs Is Ruled Out’