We are here yet again to take you down the memory lane! Today, we bring you an interesting old interview in which Radhika Pandit revealed about Yash's first impression on her. She revealed that at first, she though Yash was rude or had a lot of attitude. Read on to know more!

Yash & Radhika's First Impression On Each Other

Way back in 2017, amid the chaos of Yash and Radhika's wedding prep and invites, the duo revealed their first impression on each other. Radhika was told TOI, I was working on a TV serial in 2007. I clearly recall seeing him for the first time, he got into the vehicle and I said 'hi' and he said 'hello', and that was it."

Radhika Thought Yash Was Rude Or Had A Lot Of Attitude

The Moggina Manasu actress added, "I thought he was either just rude or that he probably had a lot of attitude, but felt that he was just not the type who could be friends with me."

The KGF 2 actor then said, "I said 'hello' and got in. I usually take time to warm up to someone. Moreover, I remember aunty (Radhika's mother) was with her." Radhika further added, "But his 'hello' was such that I didn't want to break the ice."

Radhika said that since they had most of the scenes together (in a film), she was surprised about how this guy (Yash) never spoke. She added that on the set, they usually sit together, eat and gossip and have fun, but Yash was always aloof - He was either reading or writing and he used to do a lot of monitors and rehearsals.

How Yash & Radhika Started Talking To Each Other?

The actress revealed that later Yash started slowly opening up, since they used to travel together. Also, since they used to get picked up for the shoot in the same vehicle, she said that he had no choice. She added, "And I'm like the talkative person and I kind of spoke and made sure he spoke to me."

What do you have to say about this cute couple and the flashback interview? Hit the comment box to share your views. 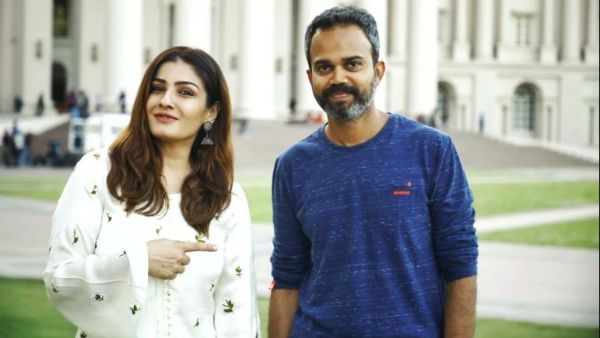