The back-to-back arrests of Ragini Dwivedi and Sanjjanaa Galrani in connection with the Sandalwood Drug Scandal have indeed left the country in shock. The two leading actresses have been taken into custody for allegedly procuring, consuming and distributing drugs at high-end events.

Earlier, there were reports claiming that the actresses have been housed in the same remand home with high security, to avoid catfights between the duo considering their not-so-good relation with each other, and also citing their difference in opinion during the Karnataka Premier League. Reports also suggested that a good number of women guards have been deployed at the premises for Ragini and Sanjjanaa, who don't see eye to eye.

Well now, it is said that the two actresses are sharing the same room in the remand home, while not being taken for interrogation. Reportedly, the two women refused to acknowledge each other's presence in the room. It is also being said that Sanjjanaa Galrani was evidently upset with the happenings and even refused to have dinner. They are apparently being questioned separately by lady officers of the CCB (Central Crime Branch).

On a related note, Sanjjanaa was arrested days after she denied involvement in procuring or distributing drugs at any high-end event. She had also released a note recently that said that she was upset with the industry's name being dragged and defamed, which as per her is a temple.

Sanjjanaa was under the scanner ever since her friend Rahul Thonshe, an agent (also her Rakhi brother), was arrested in connection with the drug scandal. So far 14 including the two actresses, have been taken into custody for investigation and the CCB is expecting to catch the big fishes related to the racket. 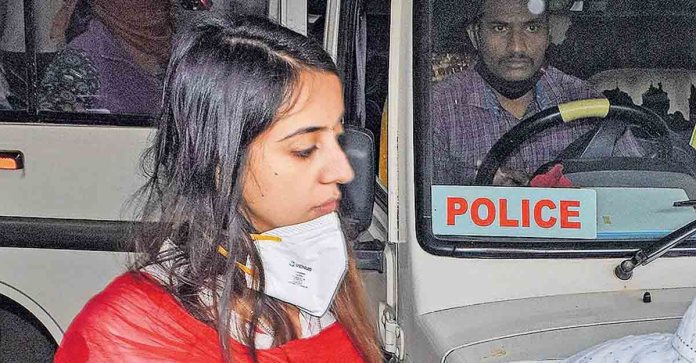