Ravenna Tandon, in a recent live video chat, shared her experience working with rocking star Yash on KGF: Chapter 2. The actress also opened up about her role in the highly anticipated Sandalwood biggie.

Raveena said, "Yash is a fantastic person, he is a gem to everyone on set. It was a great experience to shoot with him. The whole unit was warm. Luckily my schedule got over in February before coronavirus and the lockdown we wrapped up the film." (sic)

Speaking of her role in the period-gangster drama, the actress revealed, "Shooting for KGF Chapter 2 was a pleasure. The role is different it has got shades of grey. There is a lot of suspense. I wasn't sure if I would have been able to do it, but it was an amazing and fun role to do."

It must also be recollected that a few days ago, Raveena had cleared a few rumours about her on-screen character. She had said, “I am playing the Prime Minister in the movie. Everyone says it is a take-off on Indira Gandhi, but no, it is not. It talks of the 70s and 80s and I think that is why everyone is assuming that I am playing a role similar to Ms Gandhi. I could be Sheikh Haseena for all you know!”

Directed by Prashant Neel, the second installation of the KGF franchise has Bollywood star Sanjay Dutt as the antagonist, Adheera. The film also features Achyuth Kumar, Srinidhi Shetty, Nassar and Vasishta N Simha in pivotal roles. Produced by Vijay Kiragandur of Hombale Films, KGF: Chapter 2 is all set to hit the silver screens on October 23, 2020. 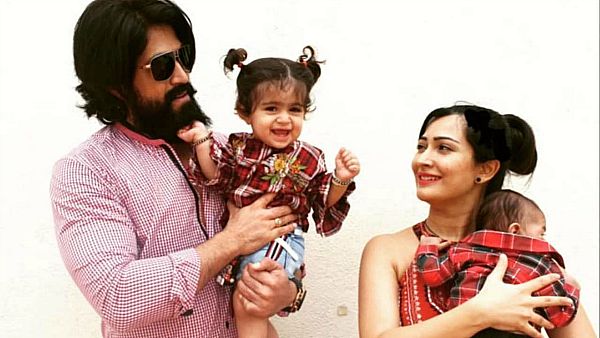